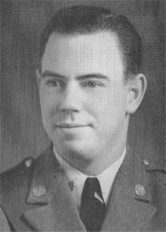 After graduation he went to Fort Benning, GA in June, 1942 and was commissioned Second Lieutenant of Infantry Reserve on September 23, 1942, being promoted to First Lieutenant May 3, 1943 and to Captain, December 3, 1943.  He served as an instructor at Fort McClellan, AL for about 20 months before going overseas.  Captain Dorn left the United States Septembr 28, 1944 and went to England, France, Holland, Belgium and into Germany.  On November 10th he led the company to the front lines near Birk, Germany.  When the break-through came, the 84th Division was moved to Belgium.  It was there that he went into his final action in a small town near Marche, Belgium.

He was originally buried at the Henri Chappelle AMC in Belgium, but later reinterred in Sumter Cemetery, Sumter, SC. 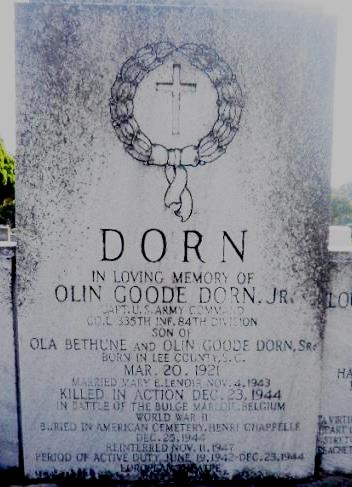