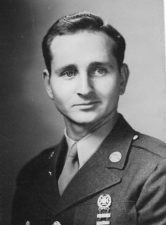 Paul K Bowman Jr, Class of 44, and I were neighbors in the small farming town of Dalzell, SC.  When Paul was killed, his mother would invite me to come over and just talk.  She never failed to take me to his room.  It was just as he left it, riding boots and all.  He was an only child and his family was crushed.
Carl Brabham '54

Paul was the only son of Paul K. and Genevieve Bowman.  They established the Paul K. Bowman, Jr. scholarship and fellowships at Clemson University in memory of their son.  He left school in his fourth year and joined the Specialized Training program at Clemson.  After completing the course in 1944, he went to Fort Benning, Georgia for further training.  He was commissioned a Second Lieutenant and went overseas with the 75th Infantry Division in November of 1944.  He was killed at the Battle of the Bulge on January 15, 1945.

In doing research for my uncle, Private First Class James Scott Winebrenner at https://cualumni.clemson.edu/sslpage.aspx?pid=1759 , I looked at some profiles of Clemson men in the Class of 1944 and opened this one forLieutenant Bowman and instantly saw that he and my uncle were in the same company.  Lt. Bowman had joined the service about a year before Jimmy thus attaining the rank of 2nd Lieutenant.  Lt. Bowman is mentioned in two letters written to my grandmother after th war.  Sergeant George Thomas, Platoon  Sergeant, writes “Lt. Bowman was a real guy and Jim introduced him to me when they joined our outfit and he also was a real soldier.  I was with these two young men when they got killed.”  Lt. Bowman died on 1/15/45 and Jimmy  died on 1/25/45.  Here are two more Clemson classmates who fought side by side and lost their lives so that our nation would be preserved.
Jane Chance

During the phase, 15 – 24 January, the 75th Infantry Division took part in the XVIII Airborne Corps’ coordinated attack to retake St. Vith and its vital road net.  The Division’s role in the battle — to cross the Salt River to capture Vielsalm  was a classic example of the double envelopment.  The 291st Infantry on the north attacked and seized the high ground north of the city; the 289th Infantry attacked and seized the high ground south of the city.  Thus the whole valley became untenable for the enemy, and he withdrew.  A patrol from the 2d Battalion, 291st Infantry, discovered the withdrawal, and Corps was requested to block the upper end of the valley with troops in the vicinity.  Determined resistance by the enemy held the corridor open, and the withdrawal continued under fire.  The Germans then began a series of delaying actions which characterized the rest of the battle.

The division’s achievements were measured in ground held and ground gained rather than in striking enemy losses.  Nevertheless, 1142 prisoners of war had passed through the division’s cage by 24 January, and six tanks and much other materiel were destroyed.  Our own losses were heavy.  During the period 24 December – 24 January, the Division suffered 407 killed, 1707 wounded, and 334 missing.  The intense cold proved as serious an antagonist as the enemy.  Non-battle casualties, largely trench foot, frostbite, and cold injury accounted for 2623 casualties.
Extract from: https://hldnoqtr.tripod.com/75ic/75ic1.htm 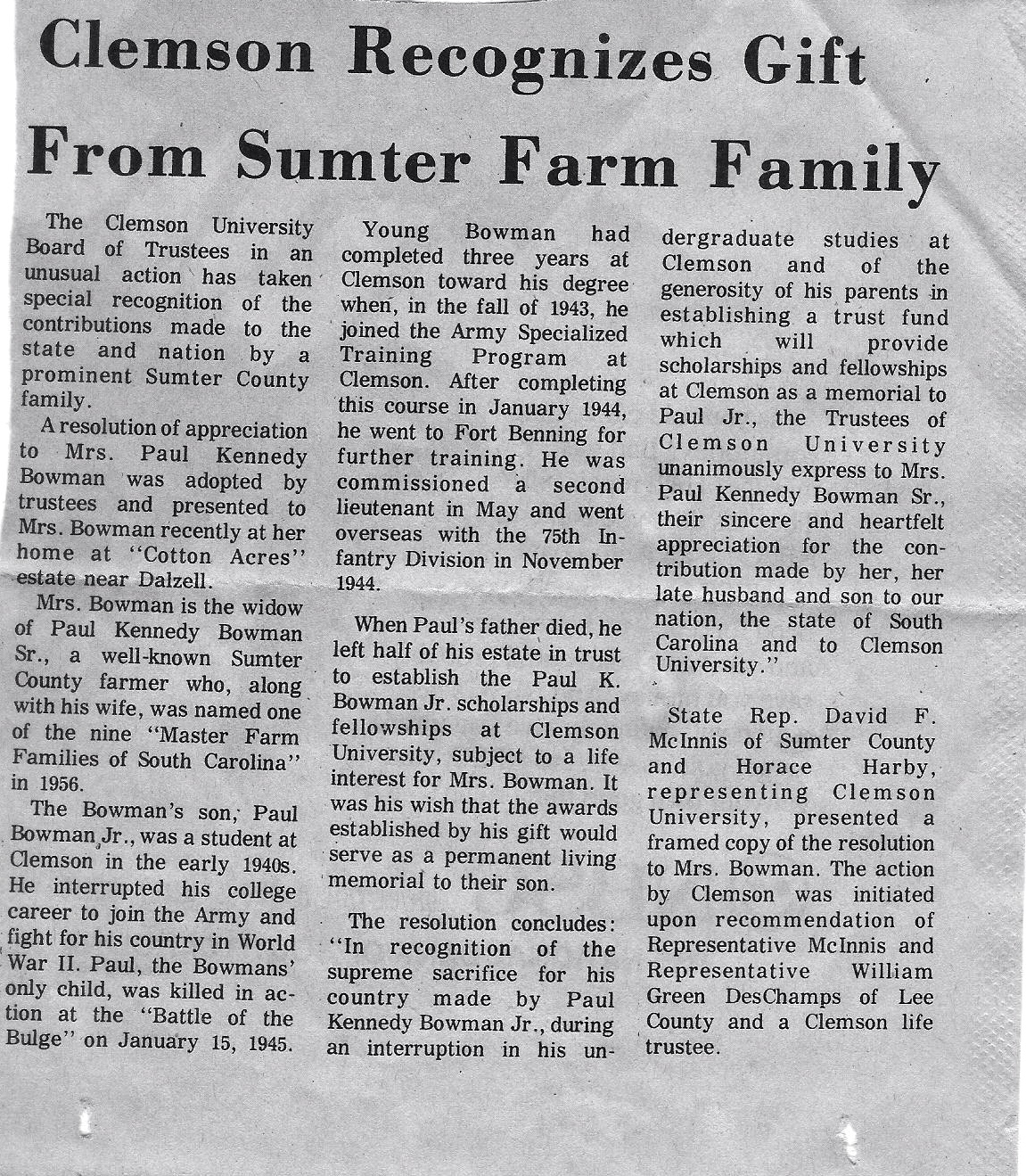 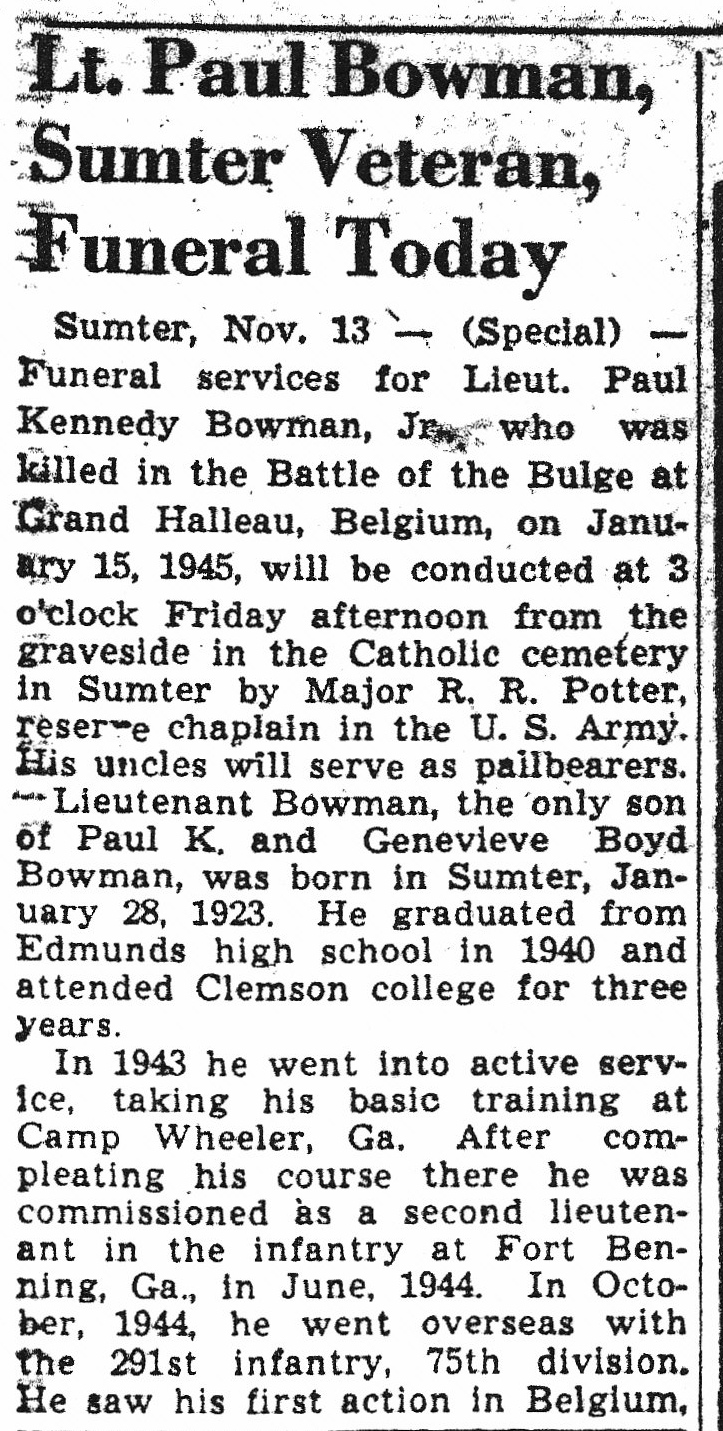 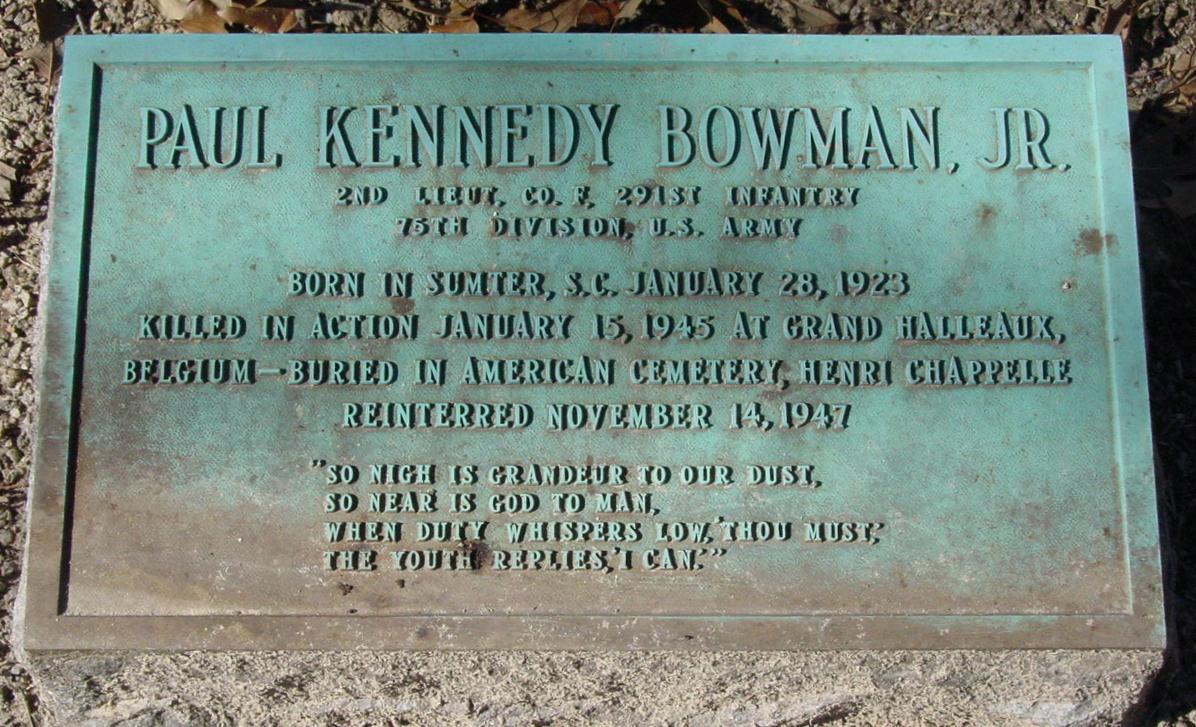 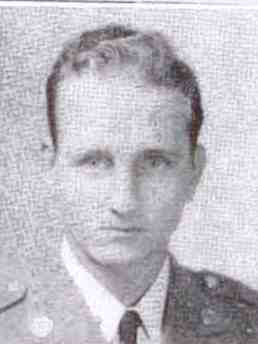