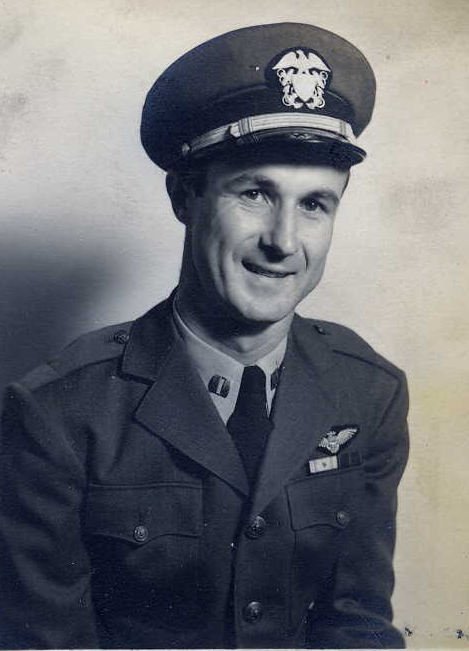 1938
General Science
Attended only one semester, in the fall 1934. He did not re-enroll for spring semester 1935 or later.
Anderson, South Carolina
Wife - Ruth Turnbull Robinson
Navy, Lieutenant Commander
Commander, Air Group 25, Serving on the USS Chenango
Purple Heart, Air Medal
Apr 14, 1915
Apr 8, 1945
Killed in Action. Lt Cmdr Robison drowned when he was forced to crash land in the open sea off Ishigaki Shima in the Ryuku Islands after his aircraft was severely damaged by anti-aircraft fire during an attack on a Japanese airfield.
National Memorial Cemetery of the Pacific, Honolulu, Hawaii. Section N, Site 1104
SW

By act of Congress? Ah, but no! Robbie, the favorite son of South Carolina, is a gentleman of the old school—just ask him! He has acquired a reputation as a snake, a great roommate (with a penetrating sense ot humor) and a "good man to have along," be it a rough-house, a game of tennis, or a bull session.  Although he has distributed his talents over a wide field, somewhat too wide to crash the first sections, a Southerner's love for a good fight has carried him over occasional battles with the Powers that be.  Robbie's facility for making friends, his will to win, and his knack of doing everything well will make him a hard man to keep down and an asset to the Service.  Skoal!

Lt. Comdr. Richard Warren Robinson USN, son of Mr & Mrs G. L. Robinson, formerly of Anderson but, now of Columbia was drowned while in the service of his country aboard the aircraft carrier in the Pacific according to a telegram received from the Navy Department.

He was a 1939 graduate of Annapolis and commanding officer of a squadron of fighter planes at the time of his death.

Commander Robinson was serving aboard a destroyer at Pearl Harbor at the time of the Japanese attack Dec 7, 1941.  He then returned to the states and took flight training at Pensacola, Florida.  After flight training he served as commanding officer for one year on a air base on the island of Samoa.  Returning to the west coast he was in-charge of training Naval Air Suadrons. Following that tour.  He returned to the Pacific area of operation with one of his squadrons.

While stationed in Samoa.  He married Ruth Moncrief Turnbull, daughter of A. C. Turnbull, governor of Samoa.  On February 3, 1944.  His wife is now making her home in Columbia with the Robinson family.

Commander Robinson has a brother in service.  Lt LeRoy Walter Robinson now in the Pacific. Another brother, Woodrow Robinson, who was on duty as a Staff Sergeant with the air corps at Wheeler Field, Hawaii received a medical discharge after 30 months service.

Besides his parents, wife and brothers. He is survived by two other brothers, F T. Robinson of Chaplin and G. L. Robinson Jr of Wilmington, N. C. and three sisters, Nrs J. D. Dellaney of Columbia, Mrs Joe B. Farmer of Anderson and Mrs W. A. Campbell of Moultrie, Ga.

Activities of USS Chenango at the time of LCDR Robinson’s death.
With Air Group 25 aboard, the ship and squadron rehearsed close support work at Cape Esperence in the Solomons during the first week of March [1945] and got underway on the 27th [March 1945] for the last and longest test of her legendary luck.  On 1 April [1945], Easter Sunday, April Fool’s day, and her 6th birthday, CHENANGO covered the Marines who landed on the beaches along Hagushi Anchorage.  The next afternoon, at 1617 a CHENANGO torpedo bomber piloted by Ensign J. W. Moody, and bearing his wounded aircrewman, made an emergency landing on Kadena airfield–less than 24 hours after it had been wrested from the Japanese.  Here was another first for the CHENANGO.  Here was the first carrier plane to land on Japanese home soil.Then, CHENANGO, with carriers of her division, took part in the fake landings along the southern coast of Okinawa.  Her pilots bombed, strafed, rocketed and burned away enemy concentrations, supply dumps, airfields and cave entrances wherever they could find them on Okinawa Shima.  Everyone wondered when the operations would develop; thus far, the initial landing and the first week of combat had been too easy.The Japanese reaction to the first powerful blows of the fleet and air attacks came suddenly and with great determination.  Waves of suicide planes came down from the Northern Ryukus and over from Formosa, pounding away at Allied shipping at Hagushi and Kerama Retto.  CHENANGO’s carrier division was assigned the neutralization of six enemy airfields in Sakashima Gunto, three of them on each of the two islands of Miyako and Ishigaki.  These airfields were the originating points for Kamikaze planes making dawn and dusk raids on U.S. supply ships at Okinawa.  From Rear Admiral W. D. Sample’s flagship came the order: “Keep the airfields cratered so that planes can’t land or take off on them.”  And for two months CHENANGO pilots did just that, using 884 tons of high explosives to accomplish their mission.  Strikes were made before dawn, during the day, and at dusk in a grueling, unrelenting attempt to crush the fanatical “Divine Wind.”  CHENANGO’s only respite came when she refueled and British carriers took her place.  In addition, her air group flew daily anti-submarine patrols, mounted offensive strikes in support of ground troops and did excellent photographic coverage of enemy positions from day to day. Extract from : https://www.rfischer.us/history_world_war_ll/ 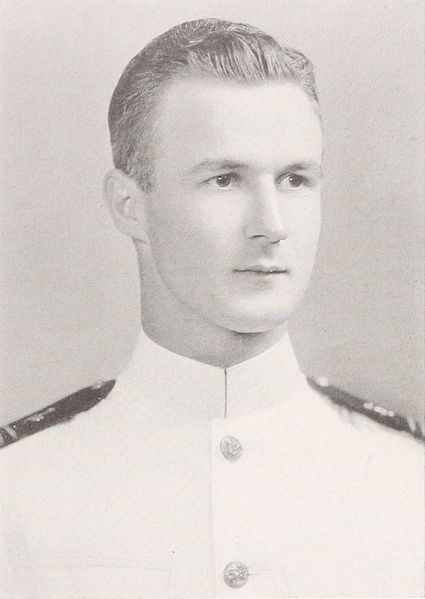