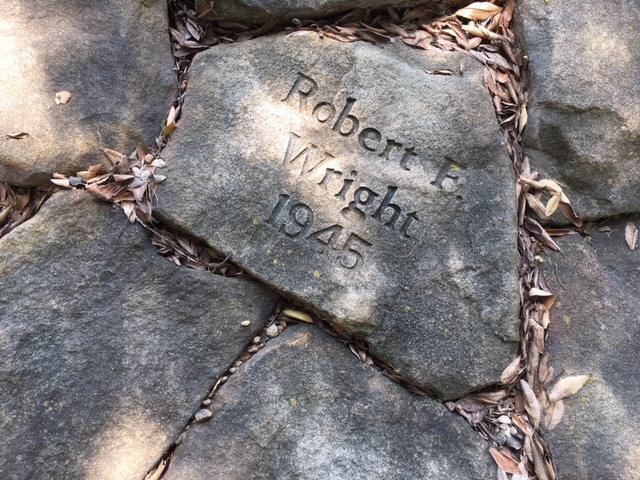 Attended University of Georgia 1940-41.  Entered Clemson September 1941, but did not re-enroll the following September.

Wright Hall at the University of Georgia is named in honor of Lt. Wright, an Athens resident who attended UGA for one year before going to Clemson for one year.  Wright Hall was built in 1971 when this part of the campus was home of the US Navy Supply Corps School.  During WWII the Navy Pre-Flight Schoo was located there.  Lt(jg) Wright trained at this school in June 1942 before going to Pensacola for commissioning.

USS Enterprise CV-6
“Today was a tragic day for the fighters.  They sent out two four plane patrols to strike the Hong Kong and Canton area and they got back about nine o’clock this evening.  The first one to land crashed the barrier and flopped onto his back.  The pilot was OK.  The second flew into the water astern of the ship and exploded, without signs of a survivor [ENS Erwin G. Nash]. Another barrier crash.  The fourth was a wheels-up landing.  A fifth is still missing with no trace or clue [LT(jg) Robert F. Wright].  It was one of those frightfully unlucky days that makes a person stop and wonder if this aviation business is entirely practical after all and especially at night.” 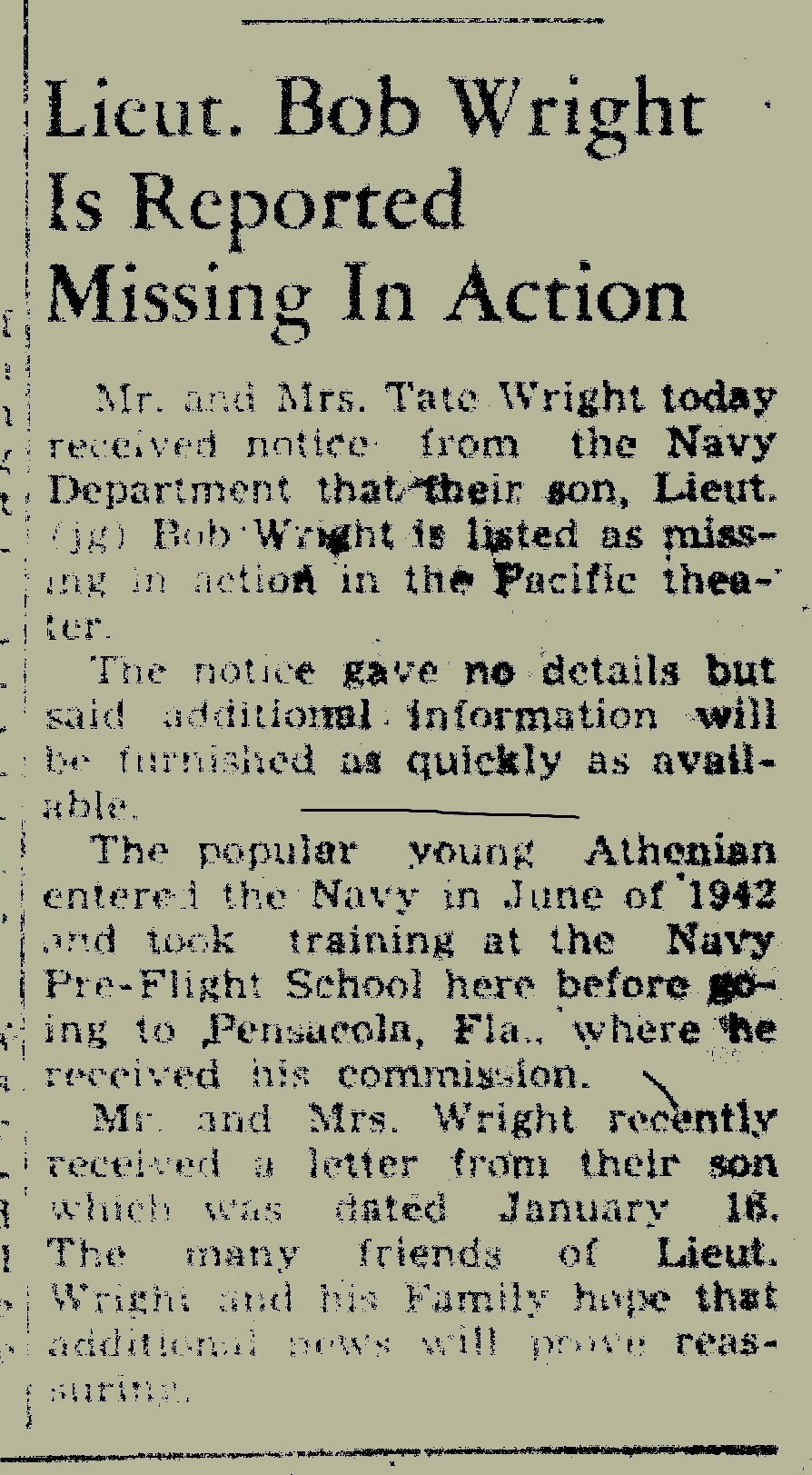 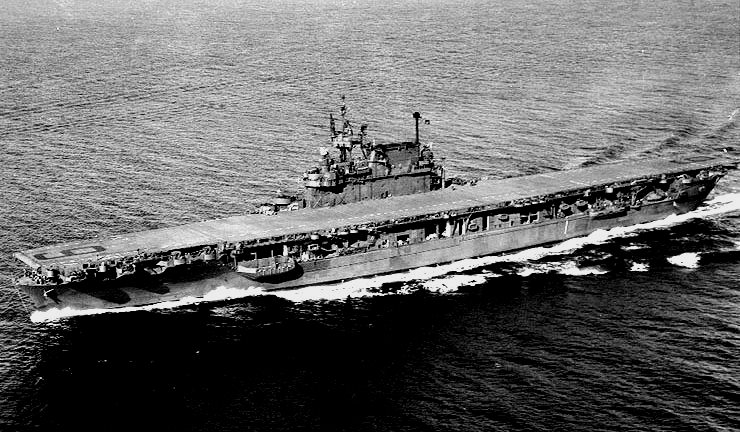