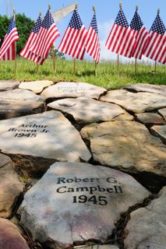 Buddy Writes to Tell of Death of Local Soldier
Mr. and Mrs. R. E. Campbell of South Main Street, Greenwood, have received a letter describing the general circumstances of the death of their son, Pfc. Robert Campbell, who died in action with the armored infantry in France on last Nov. 29.  The letter was written by Pfc. Louis Allen who was with Campbell at the time he was killed and is a well-expressed tribute to the local boy who met death gallantly.

The Letter
April 7, 1945
Dear Mr. and Mrs. Campbell:
I cannot tell you how deeply I feel over Bob’s death.  As you do not know I was wounded myself a short time after Bob’s death, and from Thanksgiving day, I received no letters from anyone for five months.  I got my first mail here in Paris where I am now stationed, doing limited assignment work.
I was glad to get your letter this morning as I did want to write to you, but I lost my address book, and consequently was in the dark.  I hope you will forgive me for not trying to write, as I was physically and mentally indisposed for almost two months in the hospital.  I now feel fine and am enjoying Paris immensely.
Perhaps the hardest task anyone can undertake is to be willing to take a gamble with death, for something that means as much to Bob and his family.  Military restrictions don’t allow me to tell you where Bob was killed or where he is now buried.  I can only give a very general picture.
We were in a town and the Germans counter-attacked us.  Bob was the runner for the Third Platoon, and this platoon was cut off from the company.  Bob made two trips through the German troops, carrying ammunition and delivering messages.  The order came to withdraw, and it became apparent that the Second Platoon was cut off.  I was operating a “300” radio, giving fire orders to the artillery and the second platoon was in a position for good observation.  I started out to tell them to retreat, and Bob said he would come along with me.
We reached the platoon without much difficulty, and soon rejoined the company.  It now became apparent that the entire company was cut off, and we had to fight our way out of the town.  Bob was killed by a bullet through the head while we were fighting our way out.  I saw him fall, and yelled if he were all right; he did not answer.  He died instantly.  I was grateful that he suffered no pain, and had not realized that he was about to die.  God spared him that much misery and pain.
Mr. and Mrs. Campbell, Bob was one of the best friends I ever had.  He stood for everything that was fine and clean and decent.  He was a gentleman and one of the most courageous men I ever knew.  I am sure that the way he died was not the most horrible way – it was violent, yes, but he died for his family and home.  I find comfort in that every man dies OF something, but not every man can die FOR something.  I will miss Bob, but I know that your feelings cannot be expressed.
After the war is over and there is a chance that the remains of the soldiers killed in action can be removed from France and sent to the states, I will do everything in my power to help you.  I know where Bob is buried, and although I cannot say where, I have been there and I read the Episcopalian Burial Service over Bob.  I hope that you won’t mind.
If there is anything that I can do to help you, I will sacrifice everything to do it.  I hope that with this letter I have not brought past sorrows back to life.  Please believe me when I say that writing this letter has been the most difficult thing I have ever done.
Very sincerely,
Louis Allen
Copy from The Index-Journal, Greenwood

The following information was provided by Elton C Ross, 2011-2012 President of the 14th Armored Division Association.
The 14th Armored Division action at the time of Pfc. Robert Campbell’s death.
I can tell you now; Robert Campbell was a member of Co. B, 62nd Armored Infantry Battalion (AIB).  I have studied the situation thoroughly and I think I have it figured out.  It helped, because, that is a day after my tank was hit by a German bazooka (over 45 days in the hospital before going back to the front), and also we lost about 11 more tanks that day including our Bn Commander.  He was not in southern France, but, in northeastern France on the Alsatian Plain.  We landed in Marseille 29Oct44.  Two Bn’s of infantry went temporarily to the Maritime Alps as a deterrent for any German units wanting to come out of Italy.  They would soon be replaced and they would join us. The 62nd AIB came north with the tanks, artillery, etc..

1. Louis Allen was inducted from Glendale, Ohio.  He mentions he was wounded and had mental disturbances.  He is not listed as wounded in the division history.  It is my guess upon the death of Robert Campbell, he lost it and was reassigned to Paris.  The explanation of what I believe was Robert Campbell death could set him off.

2.  An Armored Division operates with 3 combat commands, A, B, and R (reserve).  The one I was in operated with C Company of the 62nd and we were headed for Barr, France; as I said was approximately 30 miles SW of Strasbourg.  Robert’s Command was operating the next NS road east of Barr.  There were heavy German concentrations in the area (we lost a dozen tanks and Robert’s column lost several tanks and equipment).

3.   According to the After Action Report on the 29Nov44 there were two 62nd KIA.  This was further verified (no names mentioned ) in the division history.  Two platoons were literally cut-off from the rest of their command and had to fight their way out of the St. Pierre area which is a few miles SE of Barr. Robert, according to Allen’s letter was a runner for the 3rd platoon, but the division history mentions the 1st and 2nd platoons fighting their way out.  But, there had to be a third platoon someplace near.  With all the German automatic weapons, etc. and other armaments there were only 4 men injured and 2 men killed that day; one I’m sure was Robert.  That was a tough place that day and Allen losing his best friend may be why he was transferred to Paris.

4.  We were 30 miles or less from the Rhine River and were headed to Selestat; which is south.  The Seventh Army would soon change that plan and send the division north and let the 1st and 2nd French Army with other green American troops take over in what was called the Colmar area. 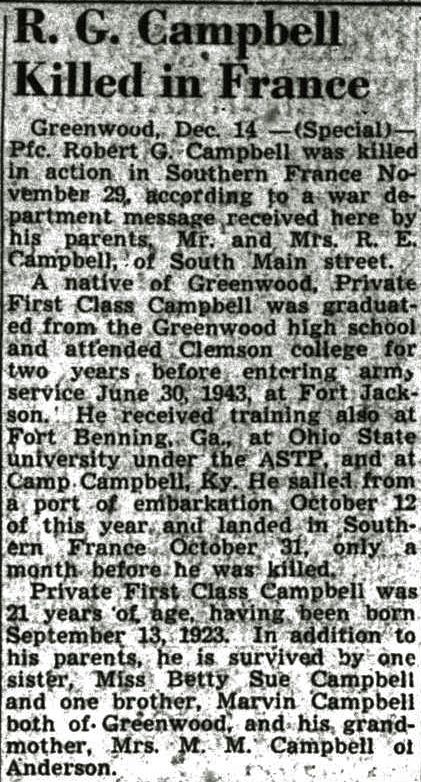 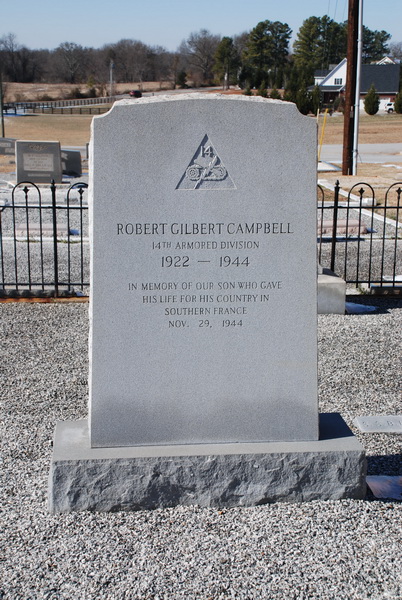