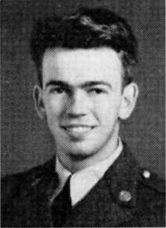 On March 15, 1945, 2nd Lt. Duncan piloted a plane destined for Brunswick, Germany.  The aircraft was involved in a midair collision a few minutes after bombs away.  It is believed the aircraft was caught in prop wash and drifted over to the left where the tail hit the right wing of another aircraft.  The plane rolled down and was seen to explode when it hit the ground. 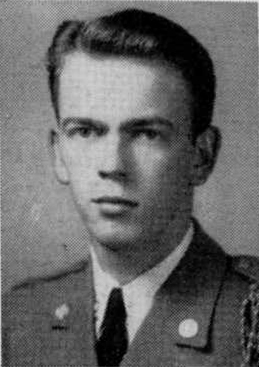 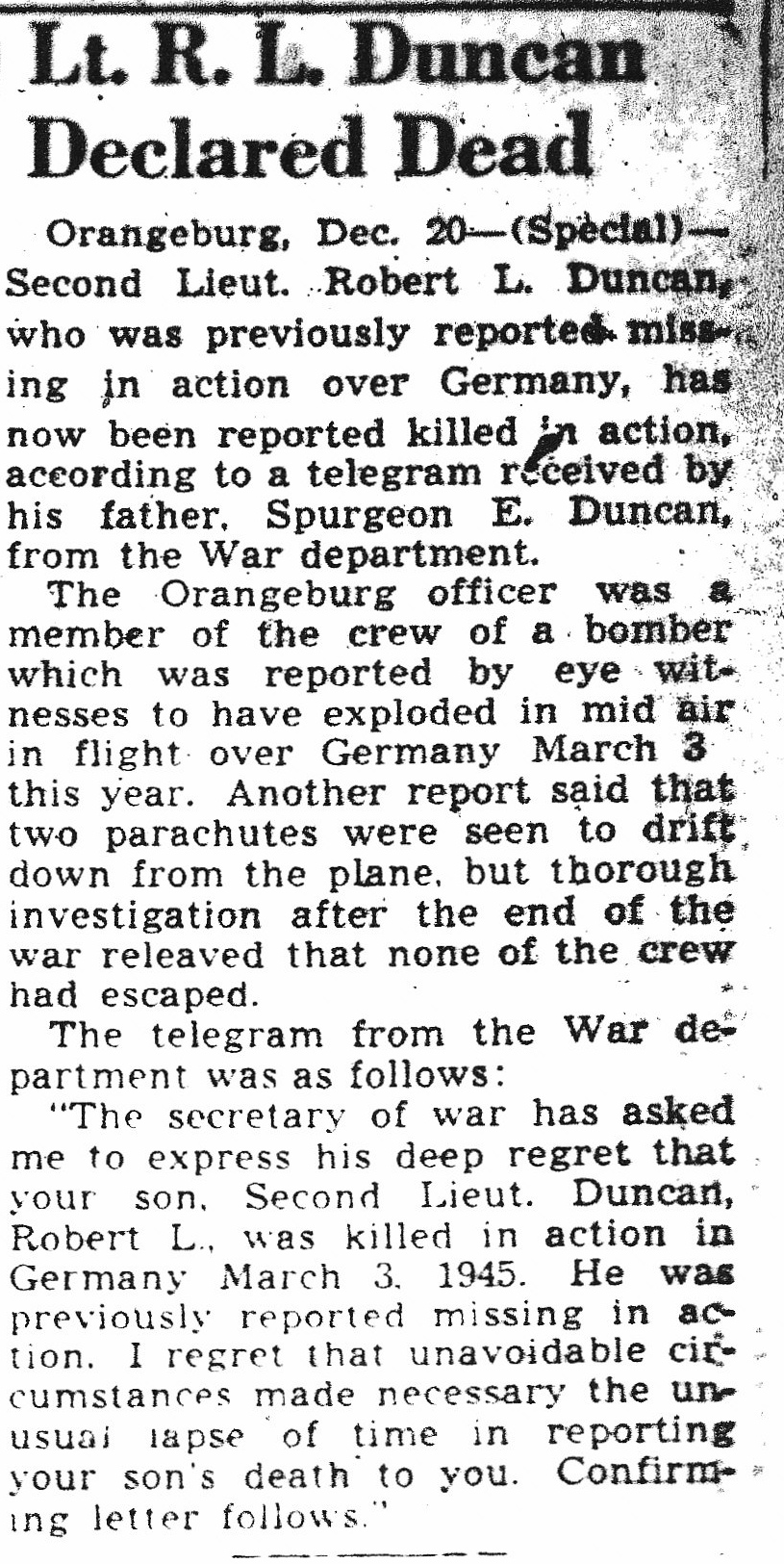 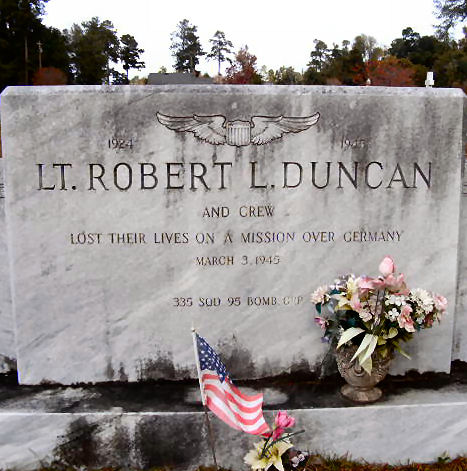 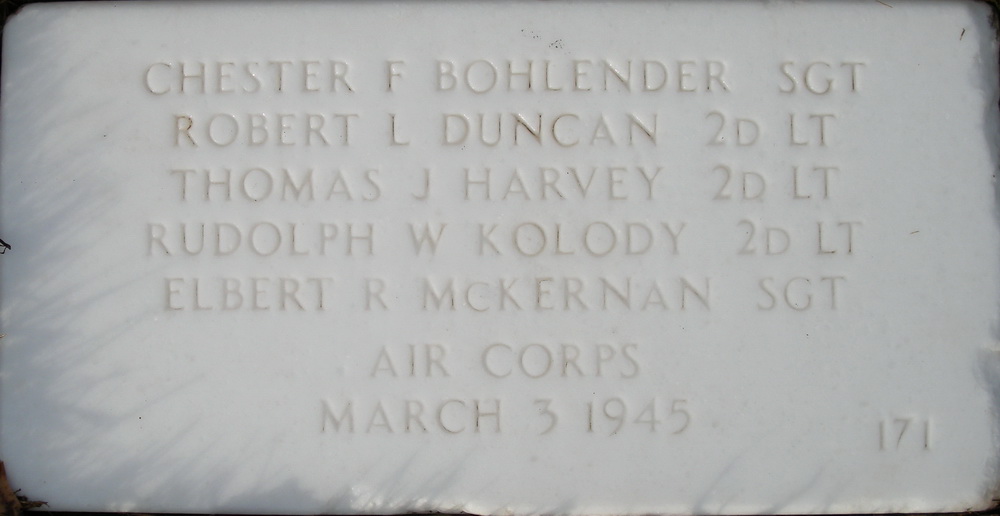