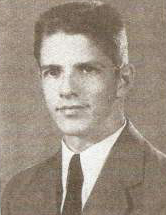 On October 27, Major Anderson took off in U-2A (FY serial 56-6676) from a forward operating location at McCoy Air Force Base, Orlando, Florida, and was shot down by a Soviet-supplied S-75 Dvina (NATO designation SA-2 Guideline) surface-to-air missile near Banes, Cuba.  “The loss of the U-2 over Banes was probably caused by intercept by an SA-2 from the Banes site, or pilot hypoxia, with the former appearing more likely on the basis of present information,” stated a CIA document dated 0200 hrs, 28 October 1962.  Anderson was killed when shrapnel from the exploding proximity warhead punctured his pressure suit, causing it to decompress at high altitude.  On October 31, Acting United Nations Secretary U Thant, returning from a visit with Premier Fidel Castro, announced that Major Anderson was dead.

By order of President John F. Kennedy, Major Anderson was posthumously awarded the first Air Force Cross, as well as the Distinguished Service Medal, the Purple Heart, and the Cheney Award.

Although Major Anderson was the only combat fatality during the crisis, eleven crew of three reconnaissance Boeing B-47 Stratojets of the 55th Strategic Reconnaissance Wing were killed in crashes during the period between September 27 and November 11, 1962.

Anderson was born in Greenville, South Carolina earned the rank of Eagle Scout, from Troop 19, and graduated from Clemson University in 1948.  His body was interred in Greenville on November 6, 1962 at Woodlawn Memorial Park.

A memorial to Major Anderson can be seen at Cleveland Park in Greenville (pictured below).  The memorial includes an F-86 Sabre, the type of plane Anderson flew in the Korean War.  The F-86 was used for the Memorial because there were no surplus U-2 aircraft available at the time when it was erected in the 1960s.  Every year a memorial service is held in his honor.

The Arnold Air Society Squadron at Clemson University is named in his honor.

The shooting down of Anderson’s reconnaissance flight over Cuba is featured in the film Thirteen Days, with Chip Esten playing the role of Major Anderson.

The President of the United States of America, authorized by Title 10, Section 8742, United States Code, takes pride in presenting the Air Force Cross (Posthumously) to Major Rudolf Anderson, Jr., United States Air Force, for extraordinary heroism in connection with military operations against an armed enemy while serving as Pilot of a U-2 airplane with the 4080th Strategic Reconnaissance Wing, Strategic Air Command (SAC), from 15 October 1962 to 27 October 1962.  During this period of great national crisis, Major Anderson, flying an unescorted, unarmed aircraft, lost his life while participating in one of several aerial reconnaissance missions over Cuba.  While executing these aerial missions, Major Anderson made photographs which provided the United States government with conclusive evidence of the introduction of long-range offensive missiles into Cuba and which materially assisted our leaders in charting the nation’s military and diplomatic course.  Through his extraordinary heroism, superb airmanship, and aggressiveness in the face of the enemy, Major Anderson reflected the highest credit upon himself and the United States Air Force.

During Anderson’s senior year at Clemson, he narrowly escaped serious injury when he fell out of a third story window of second barracks:

“Dr. Lee Milford reported this morning (March 4, 1948) that he was ‘highly pleased’ with the condition of Rudolph Anderson, a textile engineering senior from Greenville, who fell from the third floor of the second barracks about seven thirty last night. Dr. Milford said that Anderson rested ‘very comfortably’ last night, and that he was ready to take food.  The college physician said that young Anderson was suffering from laceration of the right forehead, complete dislocation of the right wrist, and a fractured pelvis bone.  As far as can be determined, no internal injuries are prevalent.

It is understood that the student was chasing a pigeon down the hall of the third floor of the second barracks, and was unable to stop as the bird flew out the window.  Several witnesses said that he hit the eaves that protrude over the door of second barracks, breaking his fall, and saving him from more serious injuries.  He was conscious when arriving at the college hospital, and was able to identify himself.

Dr. Milford said that it was a miracle that Anderson escaped with the injuries he obtained.  The gangplank that he finally came to rest on is constructed of iron and concrete.  The college physician further stated that Anderson had a good chance to recover provided nothing unforeseen turned up.”

Subsequently, The Tiger reported on Thursday, March 11, “A few days ago the president’s office received the following message on a card post-marked Greenville:

I read in the paper that one of your distinguished senior students fell out of a third story window while chasing a pigeon down the hall.  It did not state whether he caught the pigeon or not.  This has me worried because I have often wondered whether a Clemson man is capable of catching a pigeon or not.

A letter to Senator Strom Thurmond from S. Frank Sherard Jr., a former classmate and friend, recommending Anderson to receive the Medal of Honor

I went to ROTC summer camp with Rudy in Mississippi in 1948.  One of my memories of him was when he had to guard the cars in the parking lot.  The other people who had the same job would go sit in his car and run the battery down by playing the radio.  Rudy was the only one of my friends who had a car during that time. 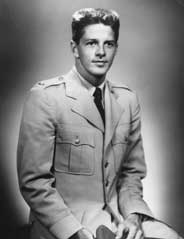 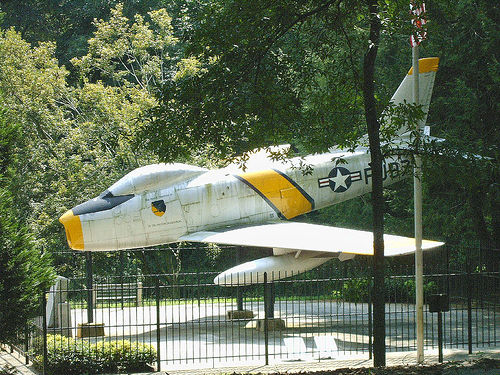 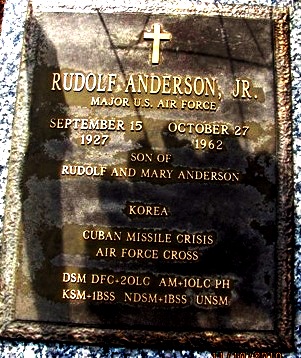