"I would like to add my uncle to the Scroll of Honor.  His name is Ryan C. Cobb.  He graduated from Clemson in 1967.  He was in the Air Force ROTC and went active duty as a pilot navigator once he graduated.  After attaining the rank of Captain, he went into the Air Force Reserves.  On August 27, 1980, he was killed in action during a mock war game training exercise.  His plane malfunctioned causing a partial ejection while flying over the Atlantic Ocean.  His body was never recovered.  His unit was stationed at Homestead Air Force Base."
Ethan Burroughs, Class of 91
Boiling Springs, South Carolina

Ryan was born in Greenville County on May 2, 1945.  He graduated from Crescent High School in Iva, S. C. in 1963 as salutatorian of his class.  After graduation from Clemson University in 1967, he was commissioned in the United States Air Force.

His Air Force career was highlighted by the awarding of four Distinguished Flying Cross medals and 15 other air medals after daring aerial achievements in the Vietnam War.

On Wednesday, August 27, 1980, at sunset, Ryan, a professing Christian and member of Flat Rock Baptist Church, met his Lord in the air over the Atlantic Ocean during a routine training exercise as a navigator in an F-4 Phantom jet.  He was accidentally ejected from the plane at high altitude.  His body was never recovered, but his memory lives on—as he does, now with Jesus!"

Extracted from Church Bulletin on Ryan’s 10th Anniversary of Homegoing

"On a personal note, Ryan was always easy going and a happy person.  He loved to read, science fiction preferably.  He never married but had many good friends.  He left us a farewell audio tape before a dangerous mission over Vietnam.  He survived Vietnam and many dangerous missions, only to lose his life in a mock (training) “dogfight” off the coast of Florida.  My Dad believed the “Bermuda Triangle” had a lot to do with the mysterious ejection over the ocean.  The Pilot’s seat also mal-functioned and he was almost ejected, but he made it back.  The flares dropped over the ocean where Ryan disappeared never worked; the seat, which was supposed to inflate into a life raft, did not inflate.  They searched for any sign of Ryan for 3 days without any success.

Mom and Dad and all of Ryan’s family were so grieved over this tragedy.  Cole and Georgianne Cobb had 3 daughters before Ryan, their 1st son was born.  They were blessed with a 2nd son, Styles, also a Clemson graduate.  Mom and Dad lost both their sons before their passing which really was hard to accept.  They died with broken hearts for the loss of both their sons in their lifetime.  In Ryan’s farewell tape, he asked Styles to have a boy and name him after him, if he did not return from that dangerous mission.   Styles and Sandy Cobb did honor that request.  After almost raising 2 daughters and thinking their “baby” years were over, Sandy gave birth to their son 6-19-85 and named him Ryan Cole Cobb II.  We lost Styles 10 years after Ryan’s death, due to illness.  Little Ryan II was 5 years old when his father died 8-13-1990.  We all really miss our two brothers, think of them often." -
Phyllis Cobb Burroughs, Ryan Cole Cobb’s Sister 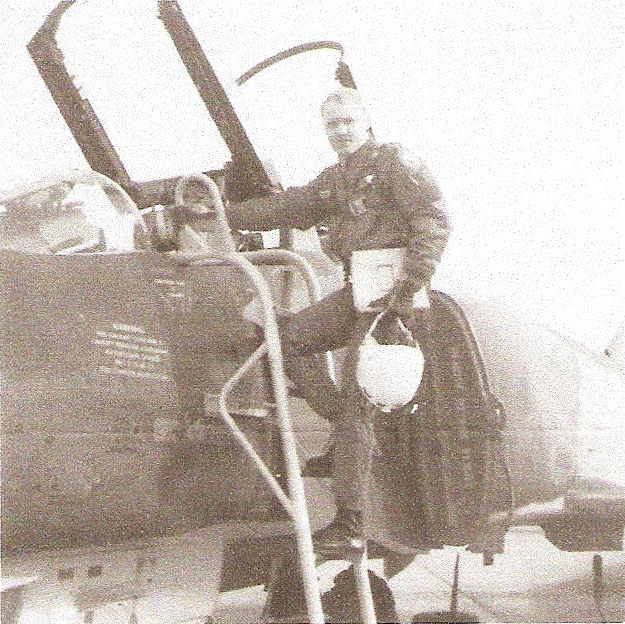 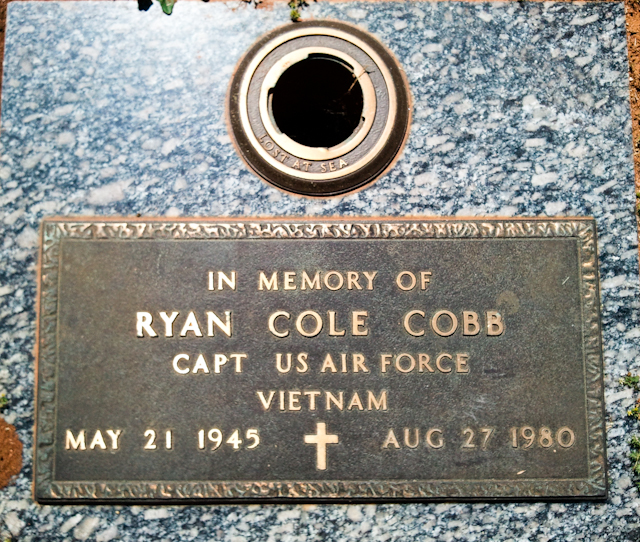 Vignette in The Echo written by Kelly Durham – Request Honored