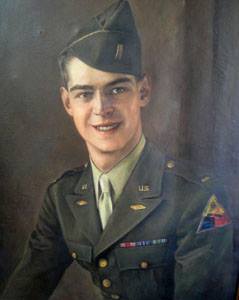 Thomas E. Davis was a part of the 80th Tank Battalion.
The 8th Armored Division encountered enemy tank fire on 04 April 1945 beginning at 0750  and lasting all day.  This may have been the cause of death, but unknown.  He was buried at Netherlands American Cemetery in Margraten, Netherlands.
Plot: C Row: 7 Grave: 1
Submitted by: Joel R. VandeVrede

Thomas Edward Davis, only son of Thomas E. and Mildred [née Purcell] Davis, grew up in Newberry, South Carolina; where his father owned the local Chevrolet dealership.  Known as Tommy, he graduated from Newberry High School in 1940 and entered Clemson College, Class of '44; where Tommy was an Architecture and Engineering major.  At Clemson, Tommy joined the Cadet Corp, so when he enlisted into the U.S. Army at the beginning of World War II, his rank was 2nd Lieutenant.
Copied from his memorial on FindaGrave.com.

At 0600 on the morning of 4 April, TF W departed from Lippstadt and moved south by two parallel routes in our zone to Oberhagen.  No resistance was met there and we continued in our zone toward Norddorf (378378).  The leading elements received direct fire from the vicinity of Norddorf and the woods in the vicinity 3837.  An artillery concentration was laid on Norddorf and the woods at 0800 hrs.  Shortly after the assault gun and mortar platoons took up positions to bring fire on Norddorf.

Enemy tanks were reported in the town both by the artillery liaison planes and the 58 AIB who had seen them take off there.  B Company tanks succeeded in knocking out two of the three tanks located in the town.  Then, an attempt was made to get the infantry into the town together with the tanks, but the tanks and infantry drew so much artillery fire that they were unable to move forward.  Another attack was launched that afternoon by the infantry which was supported by the tanks and assault guns.  A two minute artillery preparation was fire before the attack. The attack was successful and the town was taken.

D Company which was behind the attacking forces was fired on by a bazooka team and also received some small arms fire from the woods at vicinity 392400.  They attacked the woods with two platoons of tanks, spraying the area with machine gun fire and succeeded in taking some enemy prisoners.

A Co 58th AIB with direct support B Co 80th Tank and the assault guns and mortars attacked Ebbinghausen (3722357) at 1750.  In capturing the town, they met only slight resistance in small arms.  The rest of the task force came into the town and the Bn spent the night there.  At approximately 2230 that evening, we received orders from CCR to move necessary elements from the task force to Oberhagen to set up defense against a possible breakout by the enemy from the Ruhr pocket.  C Co plus one section of engineers was given this mission.

The next morning, 5 April, the burgermeister from the town of Horn (3535) came to the battalion CP to surrender the town if we would quit shooting at it.  At 0630 A Co 58 AIB occupied the town and by 0900 the remainder of the task force was in it.  Our method of working on this morning was that the infantry would go into a town and if they received no fire, the rest of the task force would move in and town would be outposted.  The infantry was supported by the tanks from B Co.  At 0900 the infantry reported that the town of Schmerlecke (3530) was occupied by them and at 0915, Seringhausen (3431) surrendered without resistance.  At 1000 hrs we were notified by CCR to hold the present positions as CCB was to relieve us in place.  We were told to be prepared to move to relief positions in division reserve at Westernkotten (434375).  This relief was accomplished by 1330 hours.
Extracted from https://www.8th-armored.org/aar/80s3_marapr.htm 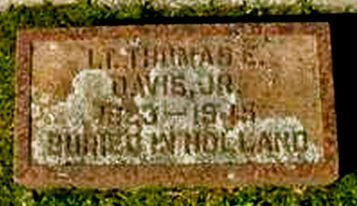 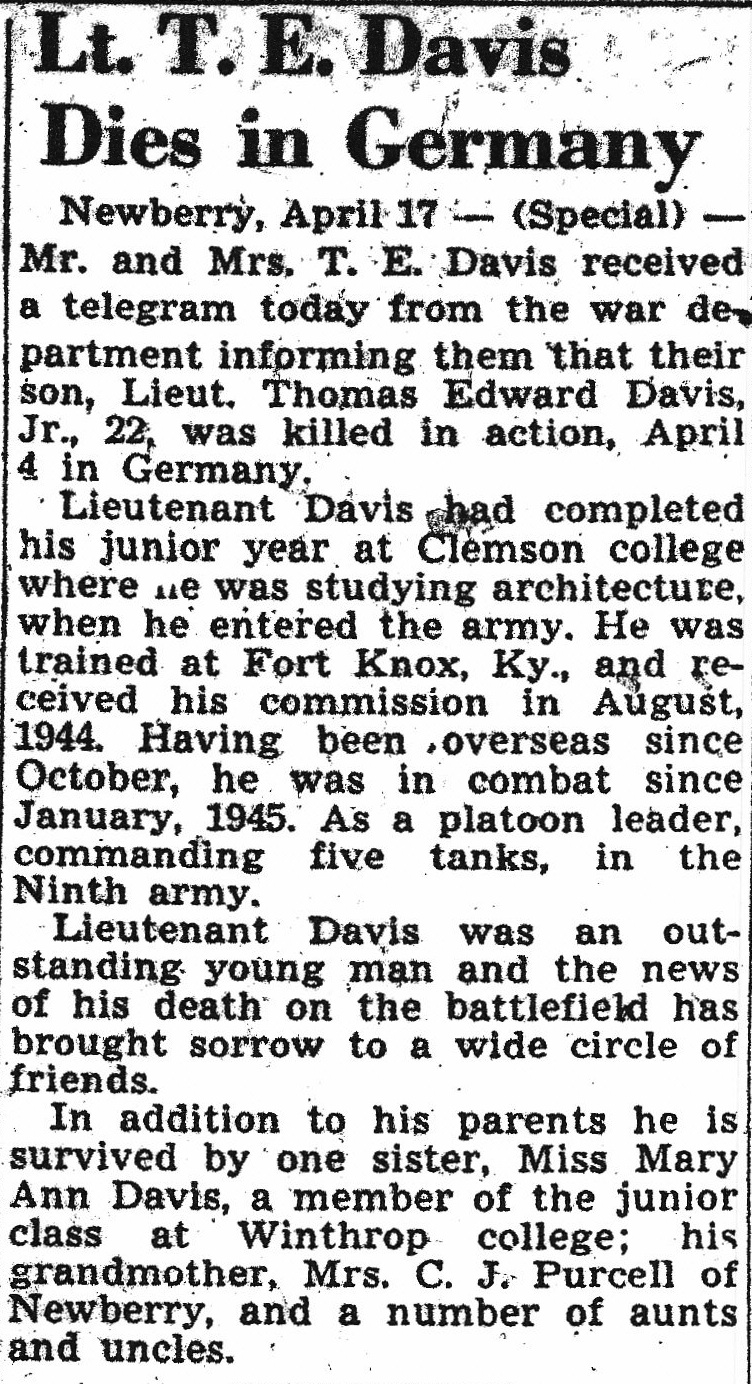 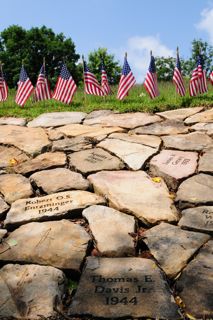 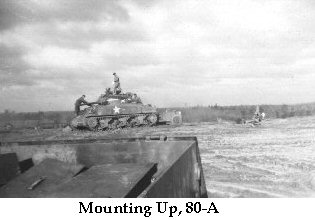 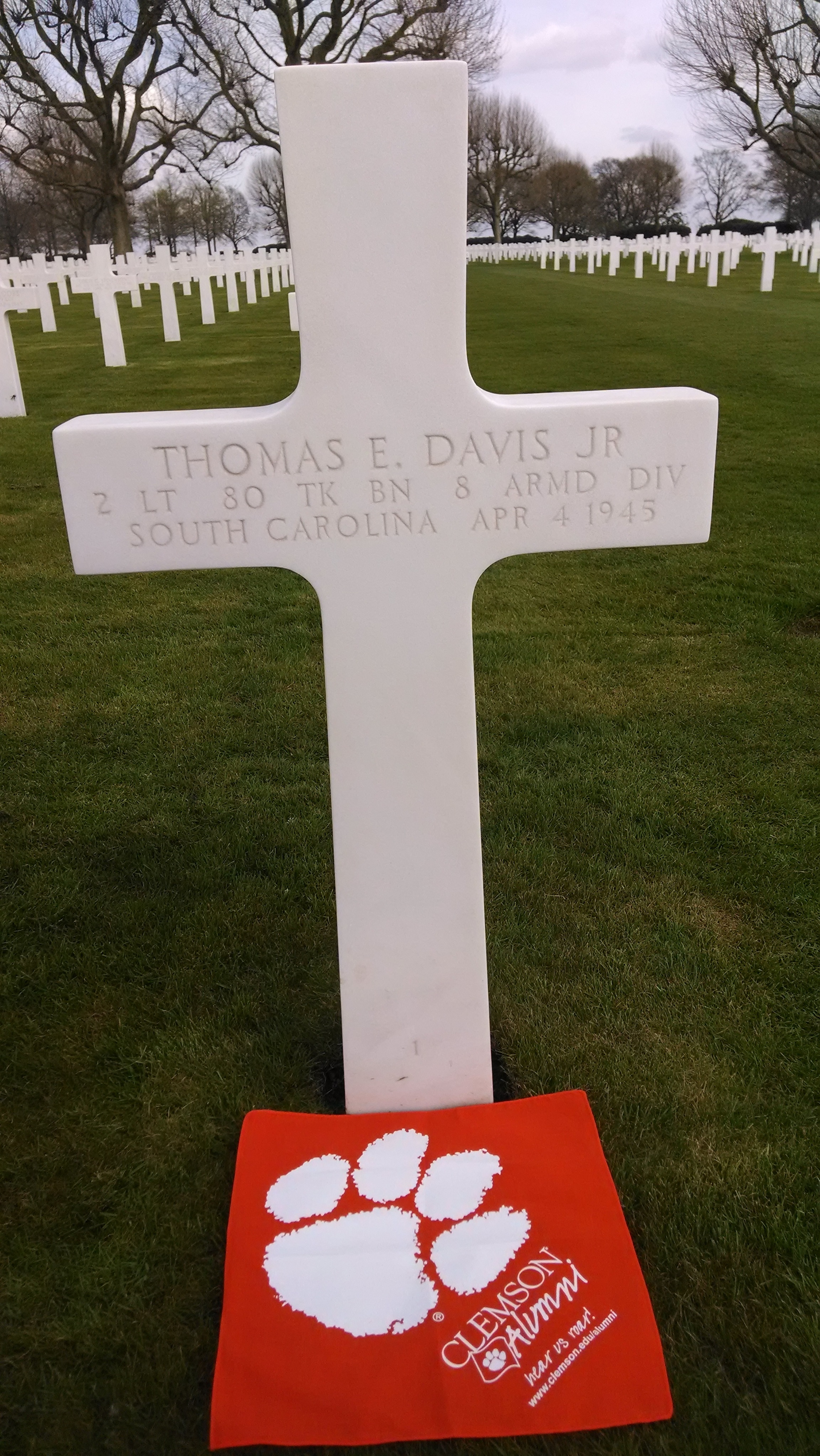