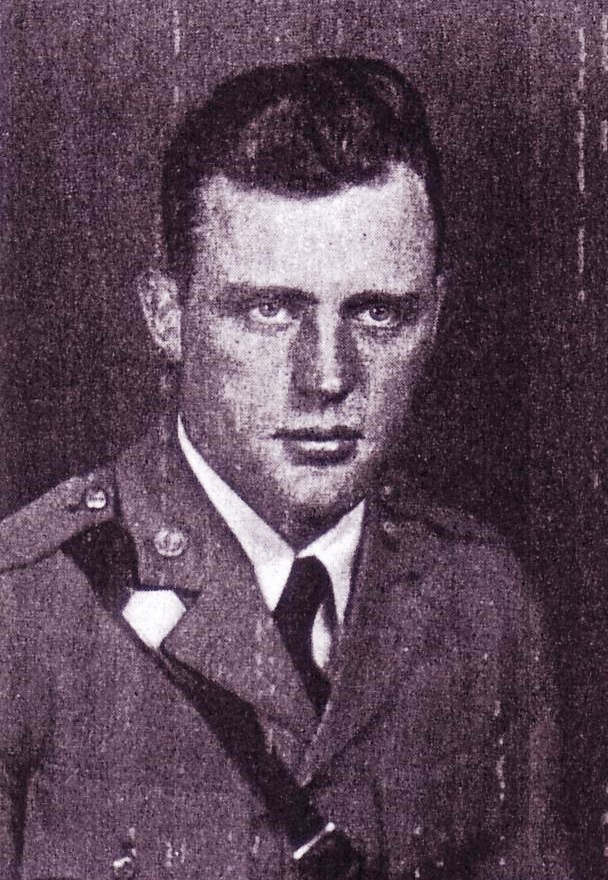 Lt. Thomas Murphy, Class of ’33, was apparently a D-Day veteran, a member of the HQ Company of the 1st Battalion 115th Infantry, which landed on D-Day at 1100 on Omaha Beach.  The HQ Company was in action that night and in fact lost the battalion commander, Lt. Col. Richard Blatt.  On June 14 Murphy was transferred to Company G as one of the many replacements who came in at that time following the 2nd Battalion’s ambush on June 10. (See my book for details.)  He was a 2nd Lt. at the time, so he was probably a platoon leader.  He is listed as missing in action on June 18. On August 7, the listing was changed to “dropped from rolls” — not killed in action.  This may mean that his body was not located, or that it was not located until after August 7.  It could also simply be a mistake, and indeed his body had been located and he had been classified as killed in action.  The June 18 attack by the 2nd Battalion, 115th Infantry, was in the vicinity of the Bois de Bretel, about two miles north of St. Lo. The 29th Division did not seize St. Lo until July 18, exactly one month later.

Submitted by Joseph Balkoski Command Historian of the Maryland National Guard and the author of several classic history books detailing the American involvement in D-Day and the Normandy campaign, among them Omaha Beach, Utah Beach, Beyond the Beachhead: The 29th Infantry Division in Normandy, and From Beachhead to Brittany: The 29th Infantry Division at Brest.
Website: www.angelfire.com/md/29division/ 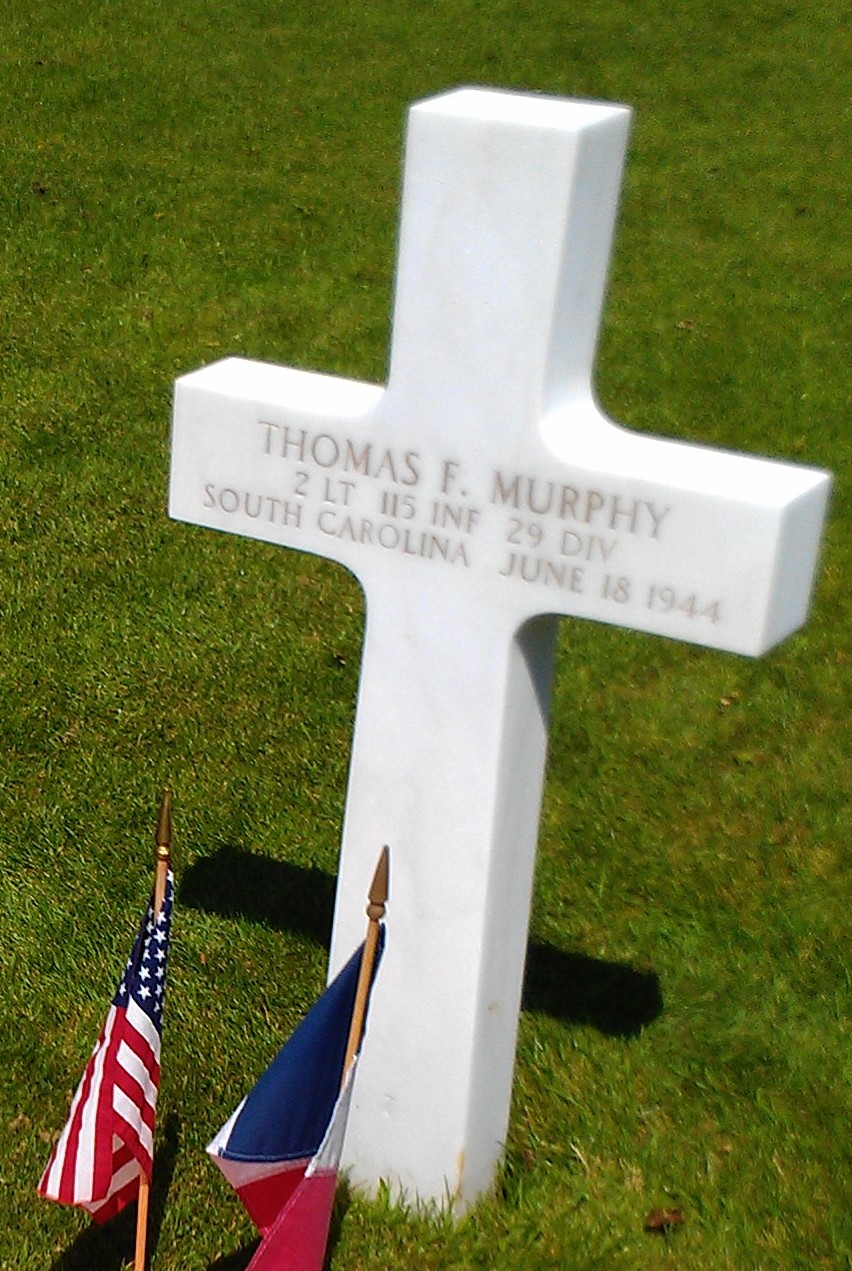 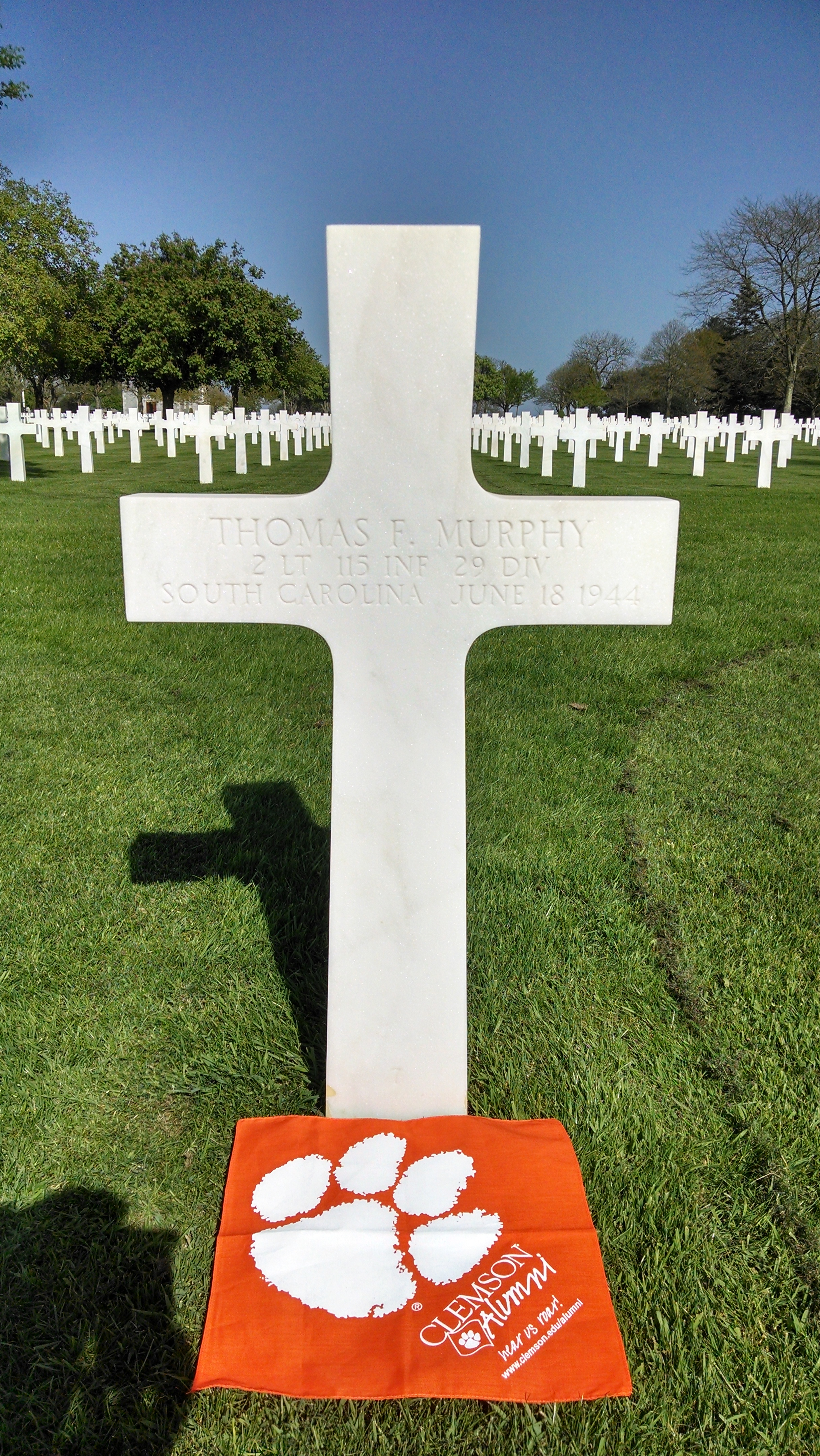