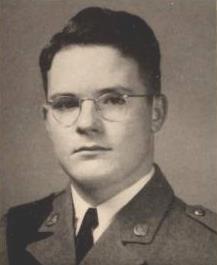 I knew Vernon in high school and at Clemson College.  His oldest brother, George, is a `35 grad of Clemson College and is still living in the VA facility in Walterboro.  Vernon is one of the finest men that I have ever known.  George also lost a brother-in-law, Denny Starr in WWII.  I think that Denny is on the Scroll also.

My father [who performed the funeral of Lt Price] was a greatly respected Episcopal clergyman in Walterboro.  He was frequently called on for funerals and weddings.  His 5 sons served overseas during WWII -- 2 were POW/MIA`s.  All returned.

Remembrance:
Before I will tell you the reason for this Email, I would like to introduce myself. I am an 71 year old former forester and was employed in the state forestry administration of BADEN-WÜRTTEMBERG (Southwest of GERMANY).  In the German Army I was at last a Lieutenant Colonel of Reserve.

I was born in a small village (UNTERSTEINBACH) about 45 km northeast of STUTTGART (Capital Town of BADEN-WÜRTTEMBERG).  From this village, situated in a valley, on 25th of February 1944, my mother took me along to a place about 4 km away on the neighboring plateau.  There, close to a farm named RAPPENHOF, belonging to a village named GEISSELHARDT, the day before an airplane did crash.  Though only 2 years and 7 months old, I did grasp a number of details, which I did never forget.  In 2009 I decided to clear up the matter.  This was a difficult project, because the incident was not put down in the archives around GEISSELHARDT and of the County of SCHWÄBISCH HALL.  In the meantime I found observers of the crash (at that time around 12 years and 18 years old) and by help of a journalist I did receive the MACR.  It is the MACR 2766, not MACR 2786! The B17 did belong to a formation, which attacked SCHWEINFURT in the noon of 24th February, became hit by flak and tried to reach SWITZERLAND.  After about 110 km the pilot, 1st Lt Harry A. PATTERSON tried a forced landing.  Five men died in the crash, one more next night in hospital.  Four men were captured and returned into the UNITED STATES after the war.

From time to time I try to find more information about "364th BS" in the internet.  So today I came across Your Website.  With great respect and recognition to the dignified manner, how you preserve the memento of your war dead and with kind regards

Summary Missing Air Crew Report #2766, A/C SN 42-31308 – 2LT Price was assigned to the 364th Bomb Squadron (H) of the 305th Bomb Group (H) based at Chelveston, England.  He was the bombardier on B-17G #42-31308 which was shot down on 24 February 1944.  Price was originally listed as missing in action.  After the repatriation of prisoners of war, two of crew members testified that Price had been killed, along with five others, in the crash of their aircraft.  He had not bailed out according to one crew member because the aircraft was “too low.”  Lieutenant Raymond Davis, Clemson Class of 1940, was the Co-Pilot on this mission and he was also Killed in Action.

Vernon Lhreau Price was born on October 3, 1919 in Walterboro, South Carolina.  His parents were Mr. and Mrs. B. George Price.  He graduated from Walterboro High School in 1936, and from Clemson College in 1940 with a degree in general science.  He was employed as the Health Officer for Colleton County, South Carolina prior to his entry into the military.  He enlisted on May 20, 1943.  He was accepted for flight duty and the Aviation Cadet Program, and was classified for Navigator training.  He graduated from this course on July 24, 1943, and was commissioned.  He was then sent to an operational unit for further training and assignment to a combat crew.  The crew deployed to England in October 1943, and were assigned to the 364th Bomb Squadron of the 305th Bomb Group operating from a field in Chelveston, England.  After transitional training, the crew began flying combat missions.  On February 24, 1944, the crew was scheduled as part of a bombing raid on Schweinfurt, Germany.  Over the target, the aircraft was hit by flak and heavily damaged.  The pilot, realizing he could never make the planned withdrawal, elected to go to Switzerland.  He ordered all gear possible thrown out to lighten the aircraft, but as he neared Switzerland, German fighters intercepted the aircraft and shot it down.  Some of the crew members survived and were captured.  One, after the war, told de-briefers he had been informed by a German doctor that 6 bodies were recovered from the wreckage.  The recovered remains evidently were buried in local cemeteries and later moved, as some of the crew are buried in the American Cemetery at Lorraine, France.  Lt. Price’s body was returned to the U.S. and is buried today in Live Oak Cemetery in Walterboro, South Carolina.
Copied from:  https://airforce.togetherweserved.com/usaf/servlet/tws.webapp.WebApp?cmd=ShadowBoxProfile&type=Person&ID=157598 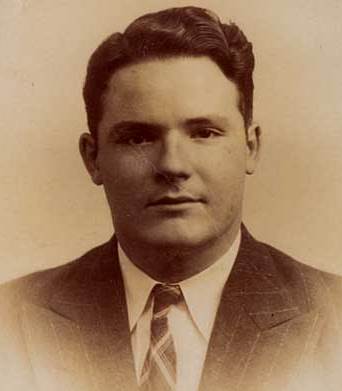 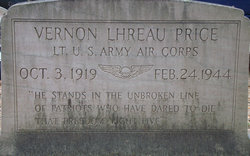