He volunteered for service with the RAF via the New York office of the Clayton Knight Committee.  Sent to the British Aviation Refresher Course at Polaris Flight Academy, Grand Central Airport, Glendale, CA. Date of Assignment: June 9, 1941.  No date listed for completion of course (normally 6-8 weeks).  From there he would have been sent to Ottawa, Canada to meet officials at the United Kingdom Air Liason Mission and await orders for overseas posting.    Information provided by Wally Fydenchuk, author, and Davd Lloyd, Spitfire Society.

71 squadron of the Royal Air Force was a squadron composed of Canadian and American volunteers.  Inabinet is listed as “KOAS—Martlesham Heath” one of the squadron’s airfields.  Buried at Surrey, England -Brookwood Military cemetery. (Service Number-108637)

Inabinet’s friends and family knew him as “Boogs.”  He  was a life time member of the Bethlehem Methodist Church in Bishopville, SC.  An excellent athlete, Inabinet participated in football, swimming, and tennis in high school until graduation.  “Boogs” entered Clemson College in 1937 but dropped out at the end of his sophomore year to enlist in the Army Air Corps.  King George of England sent a letter of condolence to his parents.

Following a battle with the German air raiders, Inabinet crashed while piloting a plane along the English Channel.  Believed to be the first Class of ‘41 casualty of World War II.  Killed in Spitfire AB 763.  His body was recovered and identified one month later.  Inabinet was buried in England with full military honors on February 11, 1942. 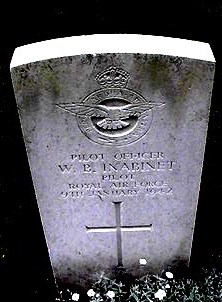 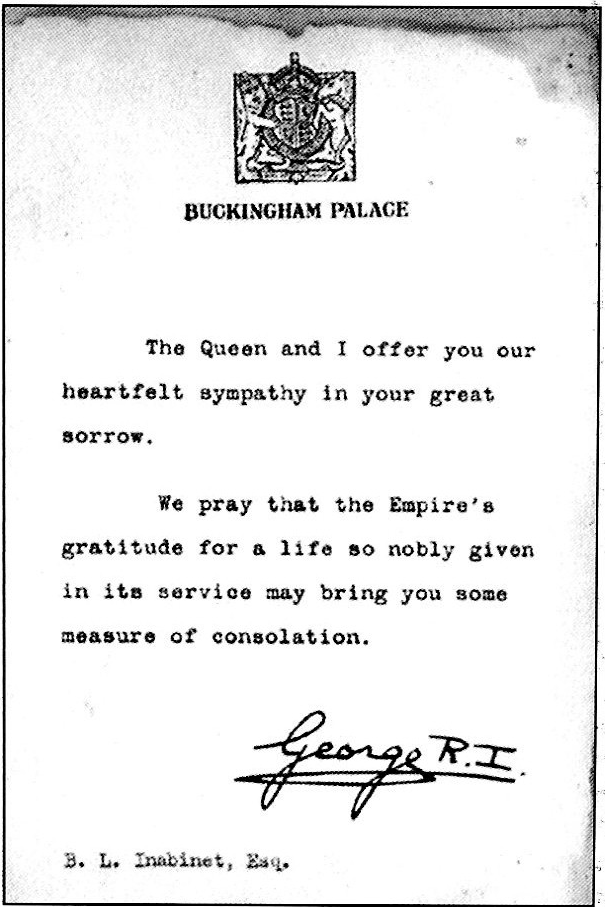