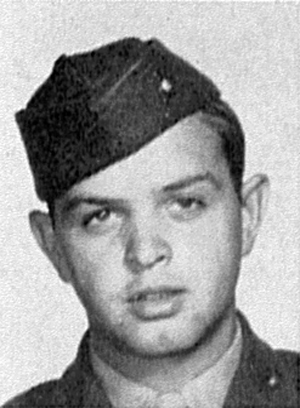 His grave marker incorrectly states he was in the 26th Marines – Rowland was a member of Company C, First Battalion, 24th Marines, 4th Marine Division.  He died of gunshot wounds to the chest.

The day after his death, Rowland was buried in Plot 5, Row 3, Grave 340 of the 4th Marine Division Cemetery on Tinian.  His parents requested his burial in an overseas cemetery; Guam was considered as the site, but plans for a national cemetery there were abandoned in favor of the National Memorial Cemetery of the Pacific where PFC Rowland is buried today.

His sister enlisted in the Women's Army Auxiliary Corps WAAC - later known as WAC. She enlisted in 1942 and served until 1944, and was a recruiter to promote the WAC and show other women what they can do.

Bill was 19 years old at his death. He was awarded the Purple Heart.

The Division landed on Tinian 24 July 1944.  The island was defended by 9000 plus Japanese troops.  This battle lasted nine days.  The land assault on Tinian had cost the Division 290 men killed, 1,515 wouded and 24 missing in action.  Approximately 9,000 Japanese troops were dead and 250 prisoners taken.  In recognition of its work on Saipan and Tinian, the Fourth Division was awarded the Presidential Unit Citation. Extract from https://www.vietnamproject.ttu.edu/dd786/fourth.html 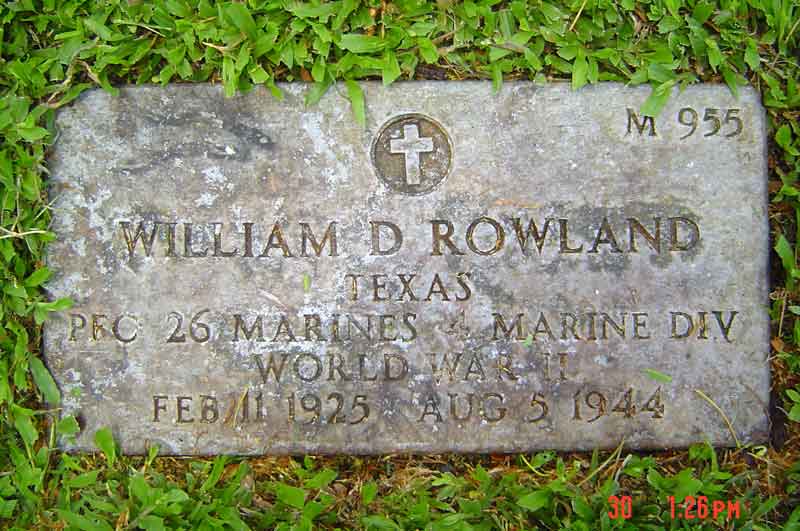