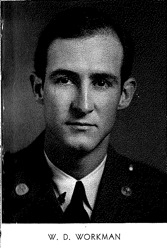 The actor Jimmy Stewart wrote this to Workman’s mother: "Your son was in my flight here at Growan Field.  I flew with him many times — he was a fine pilot and a fine man and his passing is a loss not only to you and his loved ones, but also to his country which he served so well."

Narration of Events:
B-17 started to take off on a normal training flight at 0816. 2nd LT William D. Workman was under the hood practicing an instrument take-off.  1st LT Richard H. Pease, an instructor pilot of considerable experience was sitting in the right hand seat.  The airplane commenced a normal take-off and ran 1550 feet down the runway.  The airplane turned off the runway under full power.  It was straightened out momentarily while still under full power and swerved further to the right.  Finally, after proceeding in a wide arc for approximately 3/10 of a mile from the runway, it hit the left wing of an airplane parked on the north side of the ramp (B-17 42-29548).  It swung further to the right, still under full power at an estimated speed of 70 or 80 miles an hour and proceeded south across the ramp and smashed head-on into another parked plan (B-17 42-22967).  As the airplane came onto the ramp, witnesses stated that it was in a nose-down attitude under full power.  The propellers were observed to strike the ground and the left tire blew out just before the airplane struck the wing of the first parked plane.  Two witnesses saw fire or smoke coming from the hub of the wheel.  Approximately ten witnesses agreed that the airplane was still travelling under full power when it crashed into the plan on the ramp.  At the time of the accident the airplane was travelling at the angle of approximately 45° or more with the original take-off direction, and was swerving violently to the right.  When 42-5751 collided head-on with 42-22987, both planes were badly damaged and fire started, without an explosion, which completely destroyed both planes.  Four men in the airplanes were killed as a result of the crash and their bodies were removed by Army personnel before the fire reached them.  One man who was on the ramp was struck and killed by airplane.  It will be necessary to replace a complete left wing on B-17F 42-29548.

Eye witness account from 2nd LT Kenneth Althen: seated behind LT. Workman.  “LT. Workman advanced the throttles while using the gyro compass for a directional guide.  As the engines developed their horsepower the ship tended to veer to the right.  Workman used correcting with the rudder only and brought the ship back the few degrees it took off.  Upon releasing the rudder pressure however the ship veered off again to the right almost 15 to 20 degrees.  Before correction this error the ship was off the runway and it seemed that rudder action on the part of both Workman and Pease wouldn’t return the ship to the original heading.

Investigation Discloses: The pilot under the hood lost partial control of the aircraft on take-off and ran off the runway.  LT Pease, the instructor pilot, evidently attempted to straighten the aircraft out.  The aircraft was out of control and came across the field under full power and with the brake full on.

Comments: the accident could have caused considerable loss of life as it would have crashed into three class rooms full of men had it not collided with the transformers furnishing power to one of the main water wells on the field.  A bad fire was caused by the accident which required four hours’ time to get it under control with the use of water.

Probable cause: slow reaction of the part of the instructor pilot and failure on his part to close throttles when aircraft became unmanageable.

Contributing factor: confusion between pilot and instructor pilot due to instrument take-off. 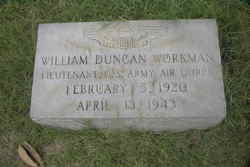 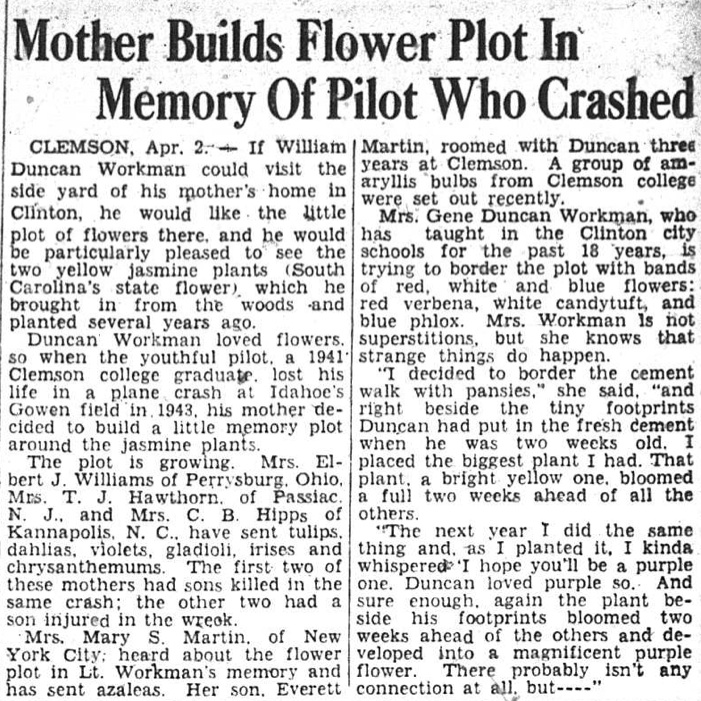 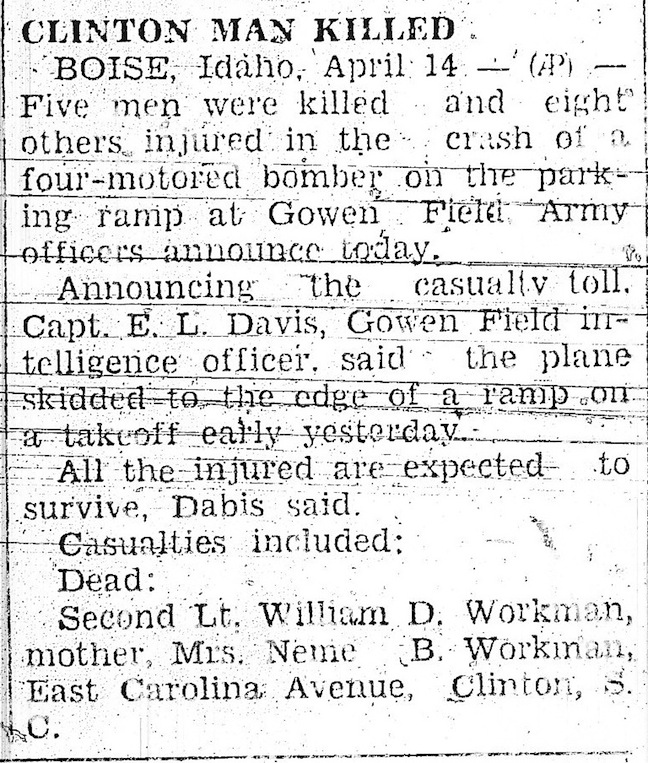 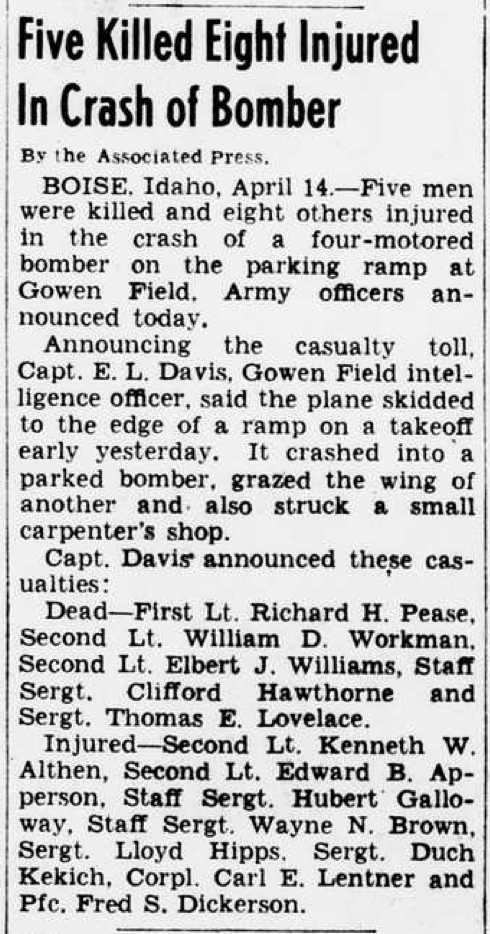 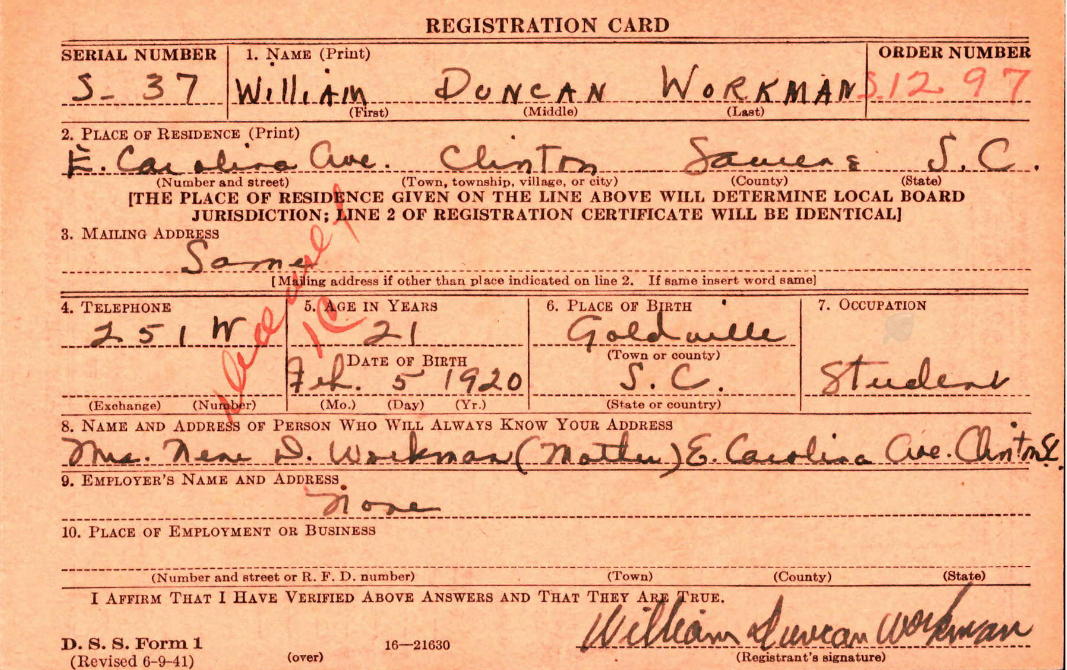