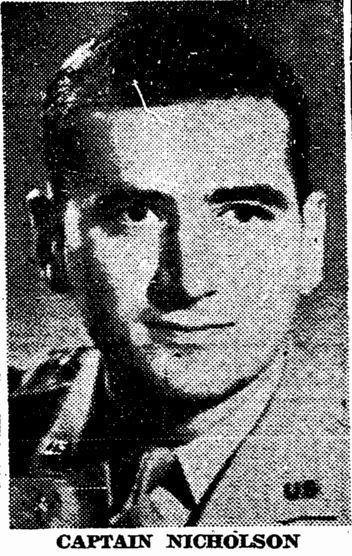 Magazine Pays Memorial Tribute to Nicholson
Captain Nicholson was born in 1917. He was awarded B.S. degree in textile engineering by Clemson College in 1940.
Extract: The State August 4, 1944

Narrative: In this accident, aircraft was reported heard passing over a house approximately 1½ miles from scene of crash, proceeding toward the scene during heavy rain, and shortly afterward a loud explosion was heard and the witness reports that area in direction of crash was lit up by light of fire following crash.  Search revealed that aircraft had crashed into wooded hill side and from the direction of impact, distribution of remaining parts and the fact that tall trees entirely surrounding the limited area occupied by remnants were not disturbed, it is apparent that ship stuck ground, left wing tip first, while in near to a vertical bank and cartwheeled on it.  Along line of assumed motion, first noticed was small tree broken off at 10 to 12 feet, then cut in ground, apparently made by wing tip with the wing tip near by, through the depression made by first or 1 engine indicated forward as well as vertical motion, engine buried 6-8 feet, then at distance only slightly greater than that between engines were depressions of engines 2, 3, and 4, with progressively less forward motion and more vertical motion indicated bearing out the cartwheeling into limited area.  Explosion apparently scattered some parts. 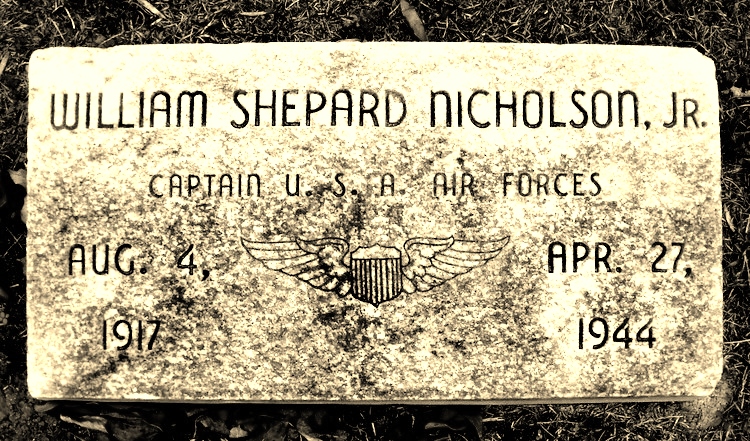 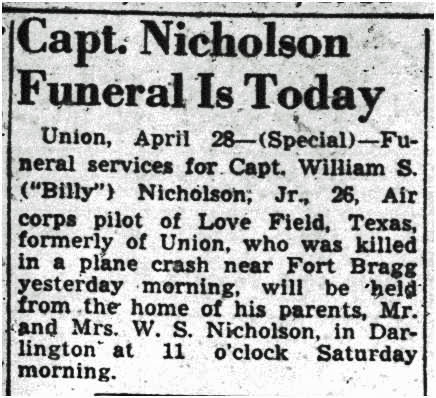 Ferry Flight – Vignette Written by Kelly Durham for The Echo