The 82d Infantry Division was called to active duty on March 25, 1942, at Camp Claiborne, Louisiana, under the command of Major General Omar N. Bradley.  On August 15, 1942, the division took wings as the 82d Airborne-becoming the U.S. Army’s first airborne division-now commanded by Major General Mathew B. Ridgway.  At the same time, half of 82d Soldiers were used in the formation of a second airborne division-the “Screaming Eagles” of the 101st Airborne Division.
In October, the 82d was sent to Fort Bragg, North Carolina, to conduct airborne training.  By the time they went overseas, the 82d would consist of 325th Glider Infantry Regiment and the 504th and 505th Parachute Infantry Regiments.  In the spring of 1943, the 82d All Americans became the first airborne division sent overseas, landing in Casablanca, North Africa, on May 10, 1943.  From there, they moved by rail to Oujda and then by truck to Kairouan,Tunisia.  That would be their departure point for the Division’s first combat drop-the invasion of Sicily.
By September 13, 1943, General Mark Clark’s Fifth Army had held tenaciously to the Salerno beachhead for four days but needed quick assistance.  He sent a message to Major General Ridgway requesting a drop that night.  A plan was immediately set for the 504th Parachute Infantry Regiment to jump several miles from Clark’s embattled troops, then be driven in trucks to the front lines.  It went just as smoothly the next night, when Colonel Gavin and 1,900 of his 505th All Americans, including 1LT Ivy K. Connell, Clemson Class of 1943, arrived.  A day later, 14 September the beachhead was declared secure – a feat that could not have been attained without the 82d’s assistance.  Lieutenant Connell was killed in action in Italy on October 6.
With Salerno secure, General Ridgway led his division, with other 5th Army units, on the key seaport of Naples.  There the 82d troopers enjoyed the experience of liberating that famous city.  In November, after sharp fight in mountains around Naples, the 82d withdrew to England to prepare for the invasion of France.  General Clark kept the 504th PIR in Italy where they fought at Anzio, returning to the 82d in April 1944.  It was at Anzio that the 504th earned its famous nickname “Devils in Baggy Pants.”
_______________ ++++ _______________
With Italy in good hands, Allied eyes focused on France.  Operation “Overlord,” the invasion of Normandy, would be the greatest military operation in history.  The massive plans for D-Day included Operation “Neptune,” an all-important airborne phase of Overlord.  Ridgway’s All Americans would play an integral part in Neptune.  Joined by the 507th and the 508th Parachute Infantry Regiments, the 82d was prepared to assault Normandy with 12,000 Parachute and Glider troops.  Their mission: Destroy vital Germany supply bridges and capture causeways leading inland across the flooded areas behind the Normandy beaches where seaborne forces would land to gain control of roads and communications.
It was in this operation that three former Clemson students participated and were casualties. They were PVT Henry M. Taylor, HQ Battery 320th Glider Field Artillery (GFA), 1LT Thomas E. Goodson G Company 401st Glider Infantry Regiment (GIR).  1LT Goodson was also the Company Executive Officer.  The 401st GIR was part of the 3d BN 325 GIR.  It would not be renamed as 3/325th GIR until later.  1LT William S. Gaillard I Company 505th Parachute Infantry Regiment (PIR) was the 2d Platoon Leader.
D + 11 & 12 – 17 – 18 June 1944: The 325th moved to as assembly area south east of Etienville on 17 June and made plans to cross the Douve River south of Etienville. The 505th cleared the St Sauveur Le Vicomte Bridgehead to a depth of 3,000 yards of all enemy pockets of resistance, consolidated defensive positions north and west of St Sauveur Le Vicomte and effected passage of the 47th Infantry 9th Infantry Division through its lines to continue the attack to the west.  The regiment patrolled extensively rested and reorganized.  It is during this time frame that 1LT William S. Gaillard, I Company Platoon Leader was killed.  Our reports do not mention any thing about his death but it was in this area that he was killed.
The airborne troops continued their ferocious fight as infantrymen for 33 days after landing at Normandy.  When relieved to go to England, tallies showed nearly half of the 82d’s Soldiers had been wounded, captured or killed.  But, they had cost the Germans many more men and had destroyed 62 enemy tanks and 44 anti-tank guns and artillery pieces.  Most importantly, they had choked off reinforcements for the Axis forces defending the French coast preventing some 35,000 to 40,000 enemy troops from rushing to the sea where they were needed.
After the Allies’ victory on May 7, 1945 V.E. Day with Germany’s unconditional surrender, and in July, the 82d was sent to patrol the American sector of Berlin.  There, the division got its nickname of “American’s Guard of Honor” when General George Patton told them, “In all my years in the Army, and of all the honor guards I have ever seen, the 82d honor guard is undoubtedly the best.”
The 82d wound up being one of the most highly decorated U.S. Army divisions in the war.  The 82d paratroopers earned three Medals’ of Honor, 79 Distinguished Services Crosses, 894 Silver Stars, 2,478 Bronze Stars, numerous foreign decorations.  After three years overseas and 442 days in combat, the most by any airborne division the 82d returned to the United States January 3, 1946, to a roaring reception in New York City.  But there was a somber side to the war’s conclusion: The 82d’s casualty count showed 3,228 dead, 106 missing and 12,604 wounded.  While several Army airborne units were inactivated after the war, the highly decorated 82d returned to Fort Bragg to vigorously and pride fully maintain the high state of readiness it showed during its long service in World War II.
Airborne All The Way
Rafael Alvarez
Museum Technician
82d Airborne Division Museum
rafael.alvarez1@us.army.mil 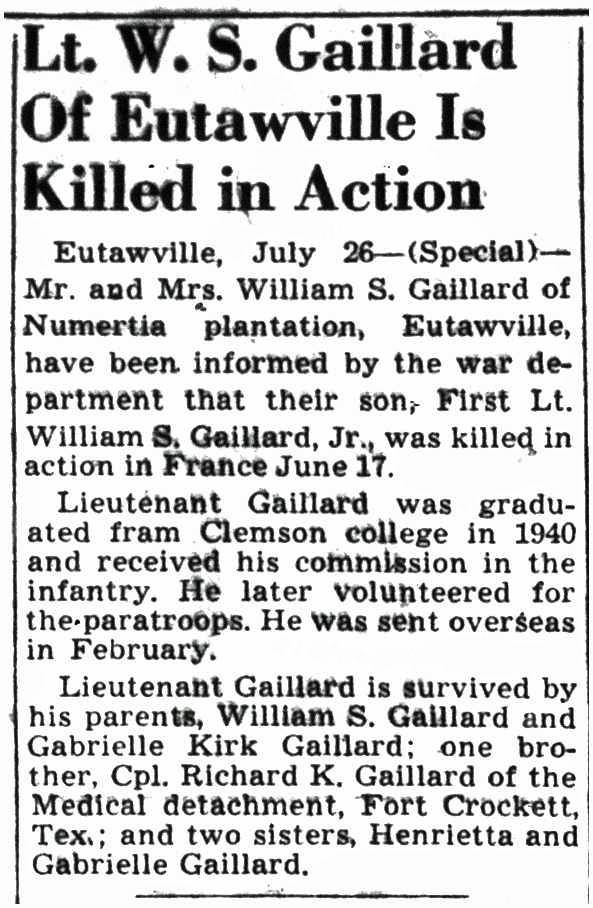 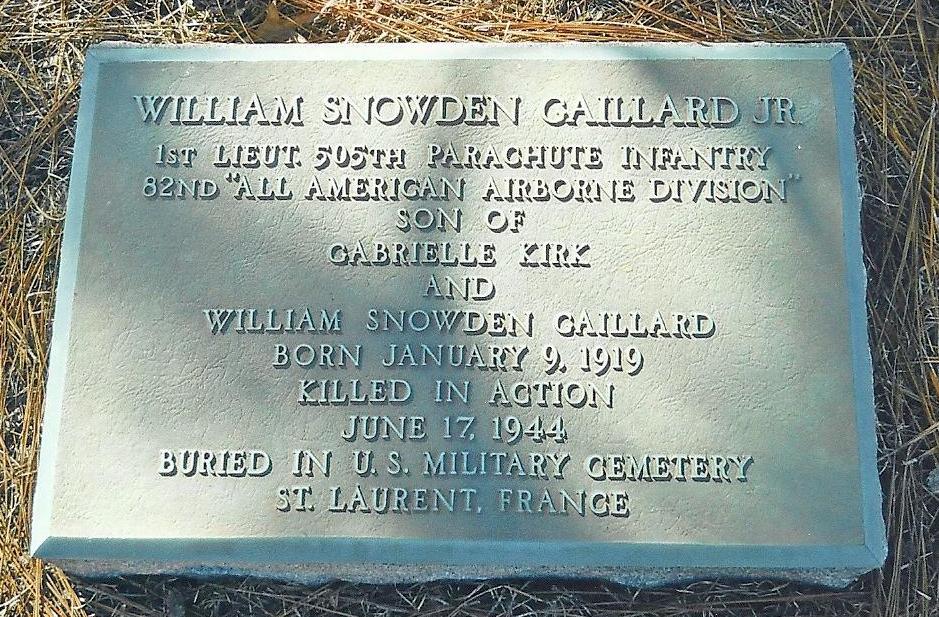 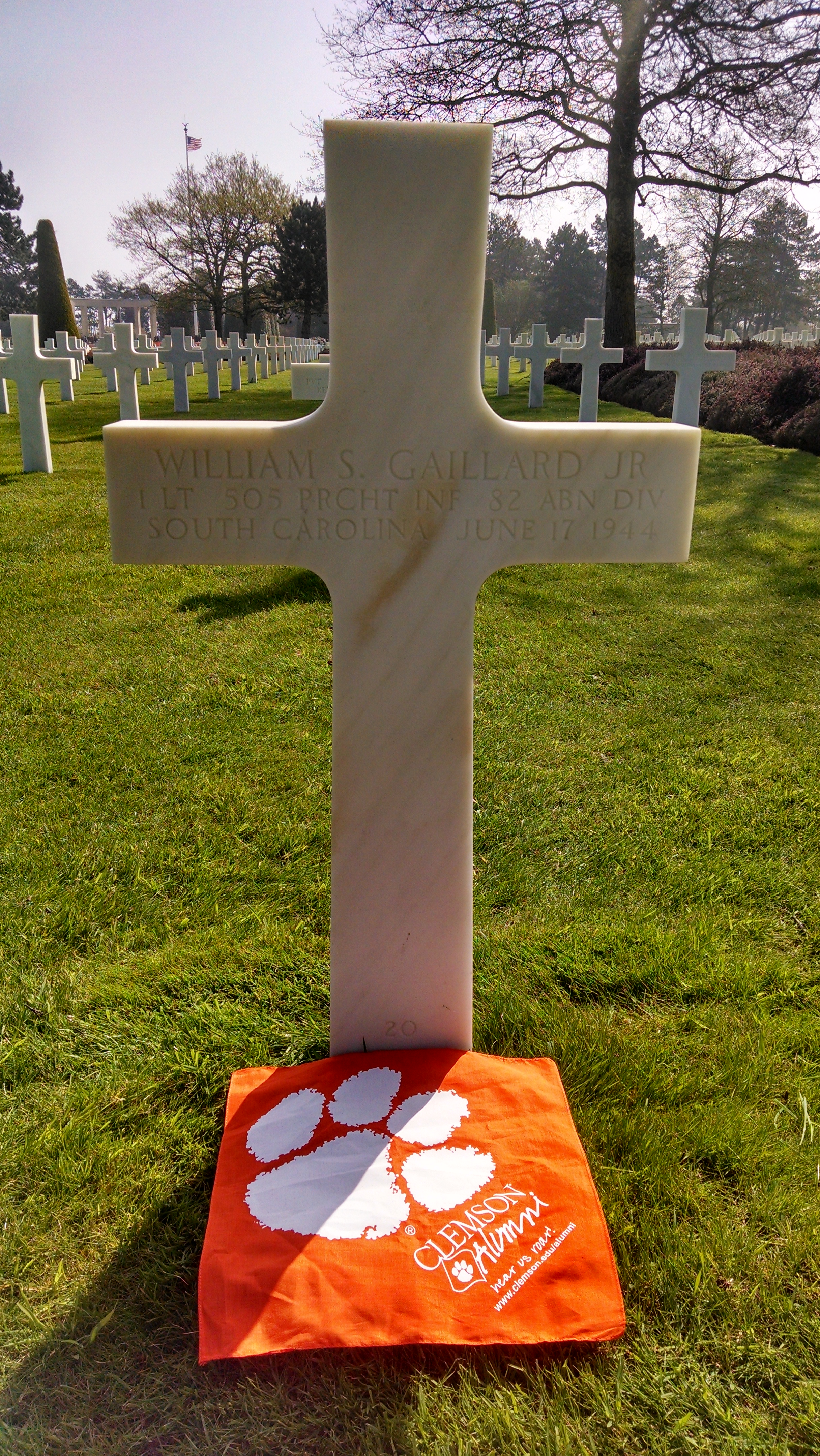