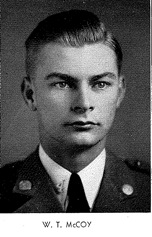 Memorialized at the Tablets of the Missing at Manila American Cemetery, Manila, Philippines

William Thomas McCoy was born in Camden, South Carolina on April 17, 1920.  He enrolled in Clemson College in 1937, and graduated in 1941.  Immediately following his graduation, he was comissioned a 2nd Lieutenant of Infantry in the U.S. Army.

In April 1942, he transferred to the Air Corps.  He received his pilot training as well as his wings at Spence Field, Georgia on December 13, 1942.  He was sent overseas in February 1943 for duty with the 10th Air Force.

He was assigned to the 25th Fighter Squadron of the 51st Fighter Group, operating P-40 aircraft in defense of both ends of the flight path across the Himalayas – the so-called “Hump.”  The unit attacked Japanese air and ground forces as support for the ground troops as well as aircraft using the corridor.

On October 10, 1943, he was part of a flight element to attack a match factory and ammunition dump at Tangchung, China.  His P-40 did not return from the flight for unknown reasons.  Two P-40s searched for 2 days, but reported no trace of wreckage or pilot.

He is memorialized on the Tablets of the Missing at the Manila American Cemetery and Memorial in Manila, the Philippines.  There is also a memorial stone erected for him at Mount Zion Baptist Church Cemetery in Camden, SC. 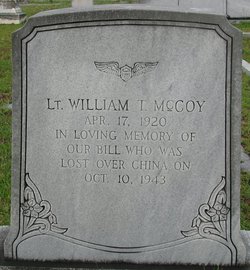 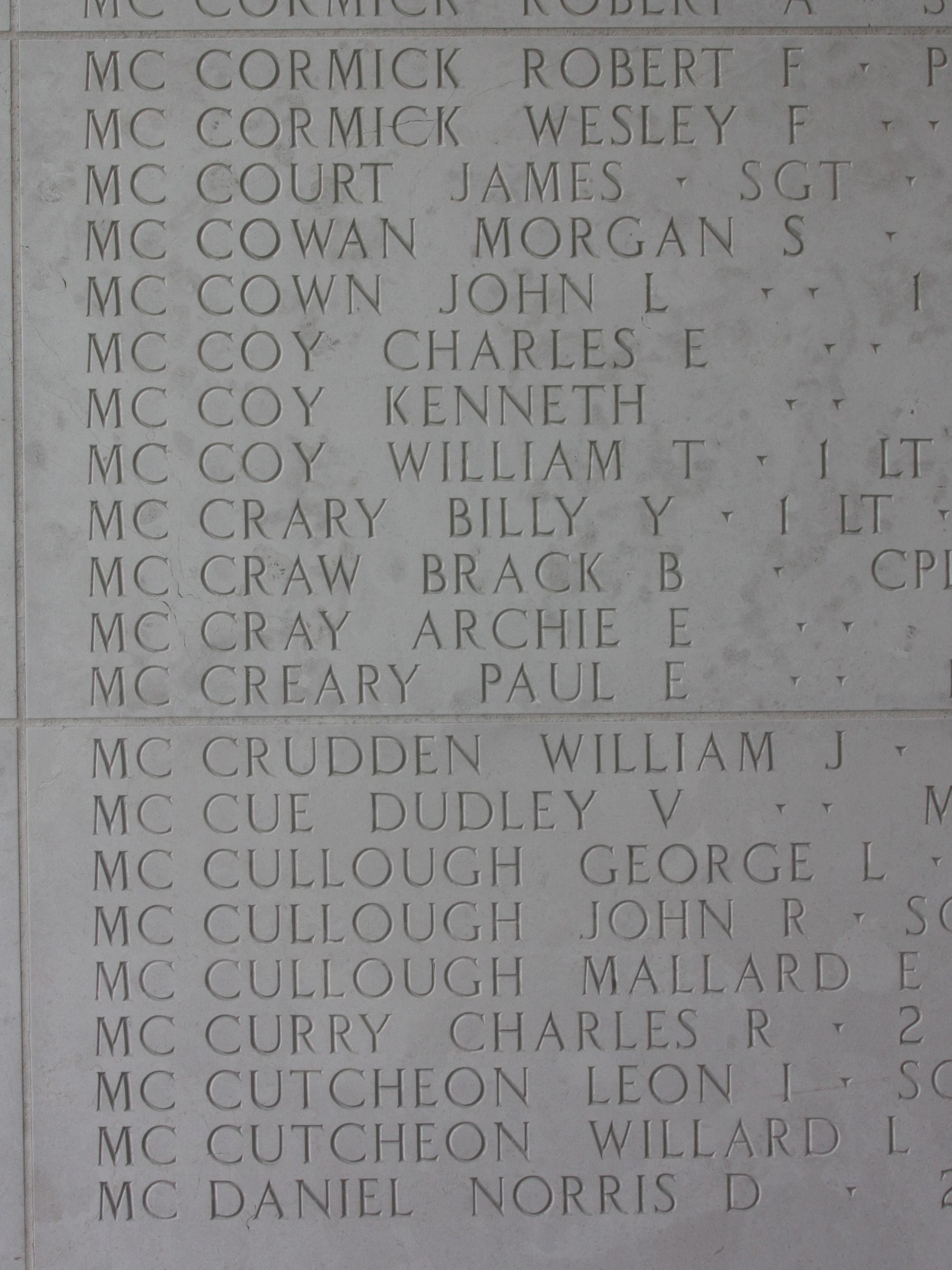