Harvey Smith was as nice a fellow as one would ever hope to meet.  He was a Pilatus Porter pilot, and died up country in Laos in a crash not too long after checking out.  The crash was a result, so it was speculated, of the same mechanical problem that caused other Porter crashes, a propeller pitch control issue which caused the prop to go to a flat pitch uncontrollably.

Harvey had a Vietnamese wife, a very nice woman, and quite attractive, whose name I can't recall.  Just where they lived in Vientiane, Laos I don't remember. It seems to me they had a child, but as far as that subject is concerned, I may be confusing Harvey and his wife with another couple, in which the wife was Vietnamese.  I believe they met in Viet Nam while he was there (the Army, as I recall, in which he was a fixed wing pilot - but don't hold me to that).

The same old Air America/Continental Air Services Incorporated confusion thing: Once someone gets the idea into his head that a person flew as a civilian in Indochina - anywhere - it's automatically "Air America", and quite understandably so, but many times, just as in Harvey's case, the person flew with CASI, not Air America.

Harvey Smith was a tall-ish, slim, light complected, sandy blond haired fellow with a happy expression and a good word for everyone.  He and I flew together on the DC-3 on the Platform flights out of Udorn, Thailand.  We had some number of suppers together at the Charon Hotel in Udorn with both our wives in attendance during one period as he brought his wife down from Vientiane to stay in the hotel with him for what was probably a five day tour.  We also flew together on the C-46, out of Vientiane.

Along with others in our company - and Air America - who didn't come back from a flight, I've thought, not seldom, of Harvey over all these years.  Just as was the case with all of us, I was quite upset that he went out on a flight and didn't come back.  If I recall correctly, Morrie Kenstler and I took Harvey in a DC-3 to Utapao Air Base in Thailand for his ride home, by means of the USAF, just as we had one of his Porter pilot colleagues not too long before.  Dick Douglas, so I recall, attended - as the company representative - the services of both, here in the USA.Richard Bridges, Fellow Continental Air Services, Inc Pilot

It is an honor to write this tribute to Wilson Harvey Smith —a friend, teacher, and true “Southern Gentleman”.

In whatever role I knew him, from whatever vantage point, he stood apartas someone special!

I first met Harvey at Santa Barbara Aviation in Goleta, California.  We were both students obtaining our commercial pilots’ license an instrument rating. He was passionate about flying and always willing to help in any way. He had a gift of innovative thinking, a visionary spirit, with the intent to return to Vietnam where he worked prior to flight school.

Harvey and I were roommates and had great times together.  He and I flew together obtaining flight hours so we could take our flight check ride.

In addition to his devotion to flight school Harvey always found time for his colleagues, his friends, and his family, especially his parents. Sunday night was always to call back home to speak with Mom and Dad. I believe his father had an accounting firm in Charleston, South Carolina.

I spoke to Lee his wife on the phone but we were never formally introduced. Harvey spoke very highly of Lee and you could see in his eyes that she was ‘special”.

After flight school Harvey went to Charleston, South Carolina (I believe) and then to Vietnam to fly for Continental Air Services, (CASI). I was drafted into the US Army but we did have several conversations until 1973.

Harvey --- a caring and beloved family man, a cherished colleague, will be missed by many, but never will he be forgotten by those who were fortunate enough to have known him!

I will always remember Harvey as a true “Southern Gentleman”.

Harvey attended the Citadel for 2 years prior to enrolling in Clemson.  Upon graduation from Clemson, Harvey joined the U.S. Coast Guard and served for 2 years, to include service as a member of the Presidential Honor Guard in Washington, DC.  Afterwards he worked for an engineering firm and had an assignment on a government contract in Vietnam. He saved his money and upon return to the United States attended aviation school in Santa Barbara, California, where he received his multi-engine pilot license.  He was then employed by Continental Air Services, Incorporated (CASI), which was under contract with the Central Intelligence Agency (CIA) as a less visible air transport alternative to the CIA.  CASI, like Air America, provided airlift support to the CIA and other U.S. government agencies during the conflict in Laos. 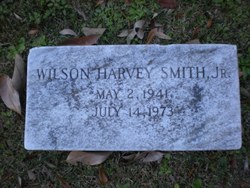