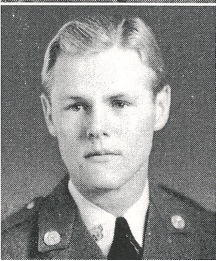 Lt. Hemsley, pilot of  C-47 took off from Jorhat Air Base at approximately 2017, GMT.  Take-off was normal and all engines sounded to be running smoothly.  Approximately 30 seconds after take-off, or between 1 and 2 miles from the runway the ship crashed, exploded, and burned.  All crewmembers were killed.

Was an actor in Florence and went to school at Clemson for 2 years then enlisted on April 2nd, 1942 in CP Croft, SC. 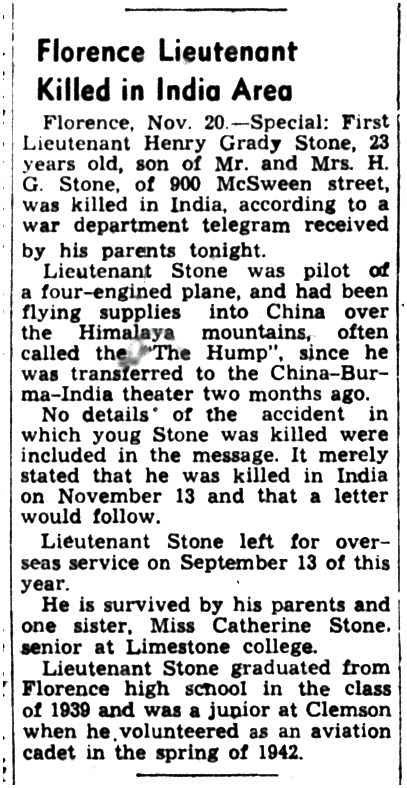 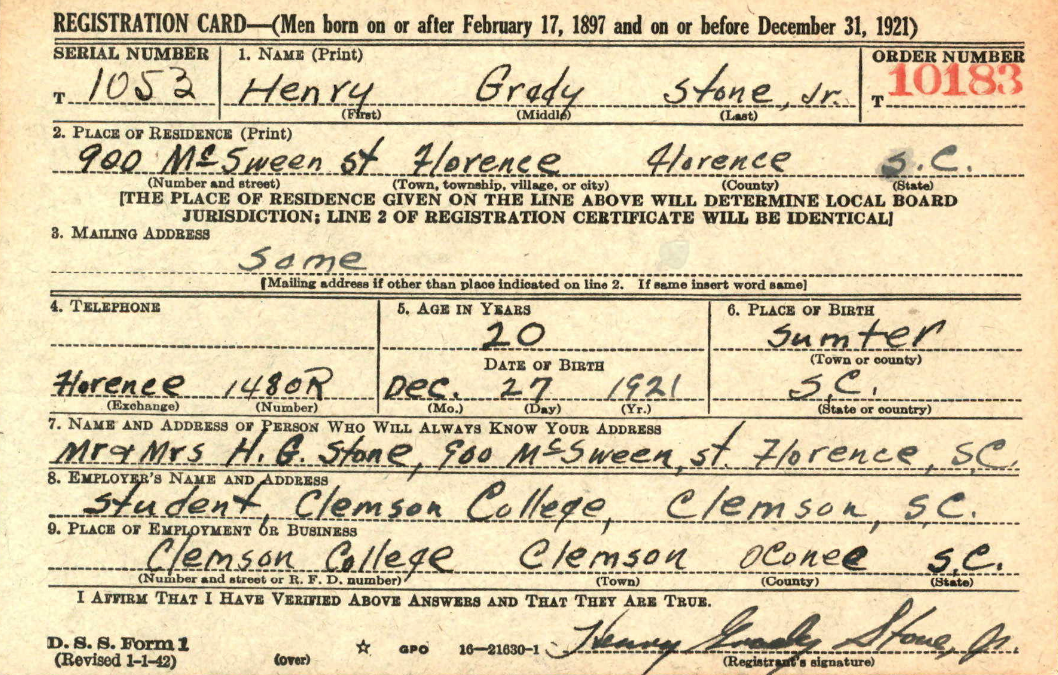